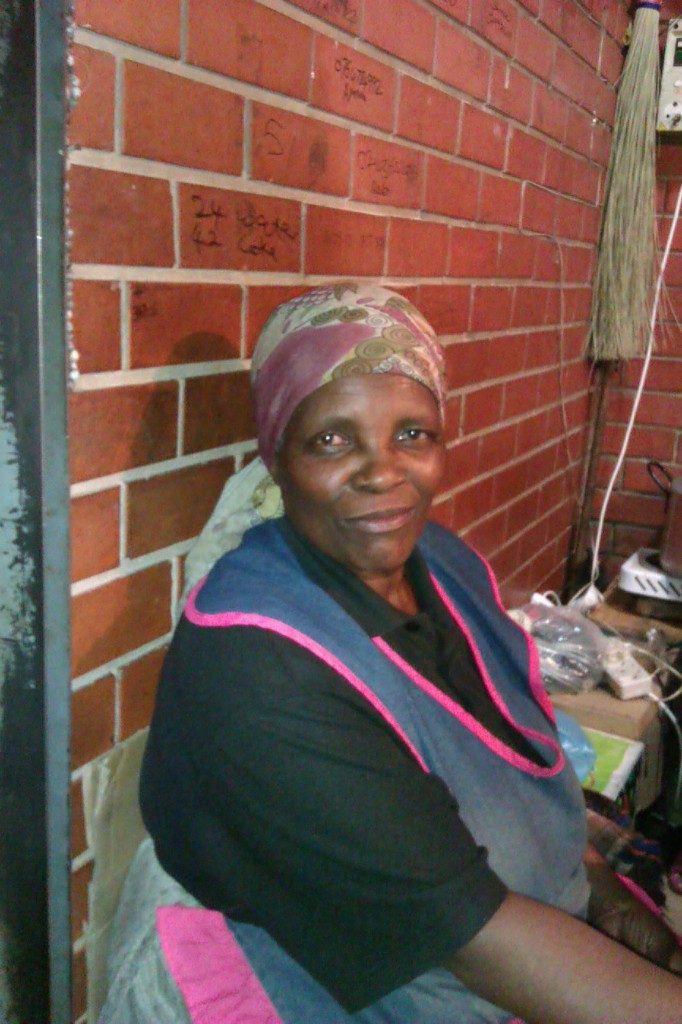 Apartheid has taught the older generation of South Africans to be patient. And even as South Africaâ€™s fifth general election comes around, they are optimistic that things will be better, that our government will deliver. Their hope rests upon the ANC and the roots of this trust, love and loyalty dates back to the days of oppression. â€œWe have come a long way,â€ they say, â€œthere has been progress.â€ But they want more. They want change for the sake of their children and grand children. UYANDA SIYOTULA spoke to a group of senior citizens. Black people used to be discriminated against. There were â€œnon-whitesâ€ toilets made for black people. The government has done a lot. We have freedom now. We would work a lot but get paid a little salary while white people would earn a lot. Our kids can now go to university and be educated like other white kids. My child is doing her third year at varsity and her fees are being paid. As old people get grants from the government so that we do not sleep on empty stomachs. I do not want to talk about Zuma. I just love the ANC because it has brought us this far. The current government is alright. The problem is these people from outside who are selling drugs to our kids. Look at the country now. They are smoking Nyaope and killing each other. There is crime. Itâ€™s bad. During apartheid there was none of this. Zuma spends money on himself and he has forgotten about the country. I did not register to vote but I would vote for the ANC because we have come a long way. If I do not, which other party can I vote for? The government is failing but when we look back from where we come from, there is a big difference. Back then you could not even use a toilet that was for whites. Now we have freedom. Our kids are not working but there is nothing the government can do because white people left with jobs and closed firms when black people came to power. I will vote for the ANC because these new parties are led by kids who do not even know where we come from. Back then you would be arrested for visiting a family if you do not have a pass but now we have a freedom to do what we want. The Boers would ask us for a pass everywhere we went but now we have identity documents and we are free. We are happy with the progress but we want more from our government. We fought for this freedom but we are staying in shacks here and no one will hire a person my age. Now we are old, but we want our kids to have a future. These new parties are just babies. Mandela fought for us to be free. Why should we give up now that he is gone? The Nkandla saga is being blamed on Zuma now and it will affect the outcome of the elections big time. I mean, the whole executive of the ANC and parliament knew about the building of Nkandla but they now claim they did not know he was building with state money. The government is just corrupt, and thatâ€™s what needs to be fixed. Apartheid was bad. I remember there was a time when we had to move as a family because they wanted to burn down the house. My father was a policeman arresting black people so they did not want us there. Thatâ€™s the life we were living. Iâ€™m still not happy because in this government whether you are educated or not, itâ€™s all the same, there are no jobs. There are kids here in the townships that are willing to work, so the government must do something. I am old but still staying at my parentsâ€™ place. They must give us our houses. Zuma is a selfish man.The fact that he keeps marrying just shows how greedy he is. Now he builds his home with our money while people are struggling. The ANC is a good party and I will vote for them but I want them to change and meet our needs. I think if white people were in power things would be better. There would be no crime and all this corruption. Now there is no employment and the country is just not in a good state. This government is failing. I am originally from Swaziland. I have been here since 1976 but I still do not have an ID and I am old now. I cannot even vote because of this and I cannot have a better life, so I prefer the old government because they were not selfish. They were thoughtful of other peopleâ€™s needs, unlike now. The apartheid era was unbearable, for me, our parents and or grandparents. I used to work and earn little. It was terrible. We saw a lot of progress. The government of the country was good when Tata was here and Mbeki, even though he did not care what happens in communities, he did a lot of good for our economy. But Zuma, no! I do not hate him but I will never vote for him. I will never vote for the ANC while he is still the president. He has six wives, builds a home for his family but us here, we are starving. There is an 80 year old man here who lives in shack, there are no houses, so I will not vote for him.