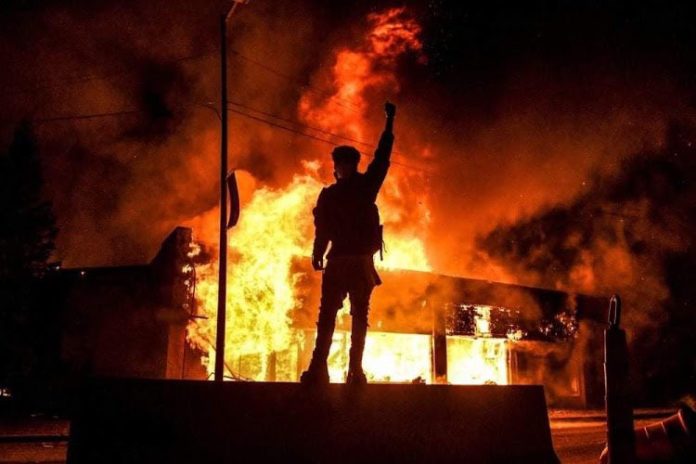 Protesters continue to take to the streets in eSwatini. The government has responded aggressively, with people reporting that the military and the police have fired live rounds at protesters and looters. Here’s the latest from the kingdom.

Two South African journalists from online publication New Frame, were allegedly detained, assaulted and tortured by eSwatini security forces. The journalists, Magnificent Mndebele and Cebelihle Mbuyisa were sent to report on the uprising and consequent repression. In a statement on its Facebook page, New Frame said the pair were repeatedly stopped at roadblocks, threatened and forced to delete material from their phones and camera.

After lawyers were alerted to the detention, the publication said the pair were released about six hours later. Early Monday morning, the reporters were able to cross the border back to South Africa and “are now safe”.

“They have risked their personal safety to report on how the people of Eswatini are risking their lives to fight an oppressive state — and the price that has been paid for that resistance,” the publication said.

“New Frame condemns the detention, assault and torture of Mndebele and Mbuyisa in the strongest terms and calls for international solidarity with all journalists and activists facing repression in Eswatini, and for the immediate restoration of democratic freedoms in that country, including the right to a free press,” the statement said.

Dr. Mokgweetsi Eric Keabetswe Masisi, chairperson of the South African Development Community (SADC) Organ on Politics, Defence and Security, released a statement on July 5 after a fact-finding commission in eSwatini.

He said the purpose of the mission was to gather information on the disturbances in eSwatini, the state of security and to appeal for calm across the country. The mission met with the government of eSwatini, and all relevant stakeholders. Due to the short notice of the mission it was not possible to speak to everyone. A short meeting was held with civil society organisations to assure there will be a second mission, where all stakeholders can be spoken to.

Dr Masisi said there is a clear sense of urgency to address the situation in eSwatini,and that the proposal for an open dialogue was welcomed to find a long lasting solution.

Reactions to the SADC mission have been sceptical. Former member of parliament, Phumzile van Damme called the mission “spin” to give the impression that everything is normal.

Civil society groups have expressed disappointment in SADC’s lack of action in eSwatini. Lucky Lukhele of the The Swaziland Solidarity Network has said he had hoped for more from the SADC visit.

MTN announced it would also be taking legal action to end the internet shutdown in eSwatini. A directive issued by the The eSwatini Communications Commission asked operators to cease access to social media and online platforms until further notice. MTN eSwatini complied with the directive and is now engaging in talks to limit the service disruption, as it is committed to respecting human rights.

Shoprite, Africa’s biggest retailer has shut down several of its stores in eSwatini due to the current protest action. The retailer fears for the safety and security of its employers and customers, after stores and delivery vehicles were severely damaged. Themba Masuku, eSwatini’s acting Prime Minister said riots have evolved into criminality compromising the many basic and social rights of eSwatini citizens.