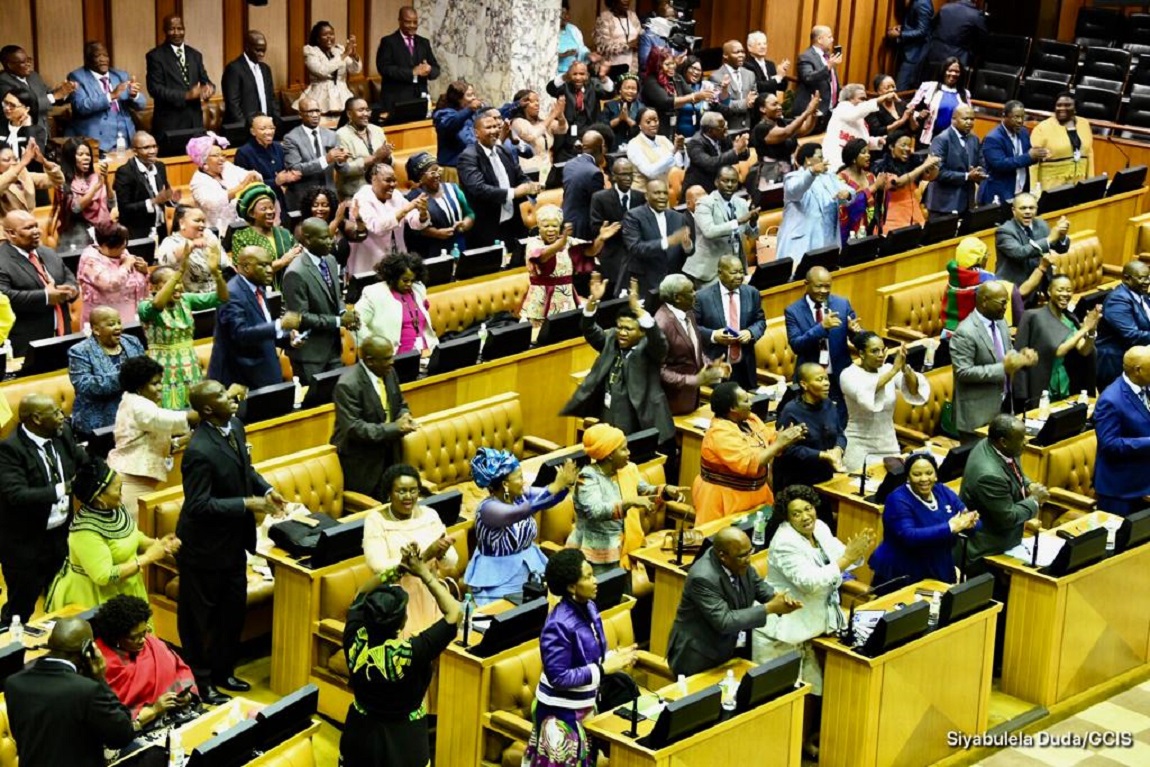 Song and dance is intrinsically linked to South African heritage and culture. It could be no more evident than in parliament on May 22. The sixth parliament of South Africa was sworn in among song, dance and cheer. Even the Economic Freedom Fighters (EFF) took the opportunity to vosho into the house.

But not everyone joined in. Democratic Alliance (DA) Member of Parliament (MP) Belinda Bozzoli tweeted: “ANC (African National Congress) trying to ‘claim’ Parliament as their own by using a recess to dominate the Chamber through sound. Their persistent and relentlessly deafening singing of struggle songs is really irritating.”

Bozzoli said her tweet was misunderstood and that she was commenting on nationalism. She likened the singing to the “irresistible call of nationalism” and said parliament is supposed to be “a shared place for the exchange of ideas and opinions”. (Maybe she just can’t sing? – ed)

Here are some of our favourite clips of the singing.

We have to start with the clip of struggle veteran Tata Andrew Mlangeni who joined in the singing. At 10 seconds into the clip, there’s a shot of the last surviving Rivonia treason trialist lifting his cane in cheer, one hand balancing. If we just pause there, it’s such a poignant moment.

Actually, the sixth parliament was special because it was steeped in history. Not many people would know that when Nelson Mandela was elected as the first president of South Africa in 1994, it was Cyril Ramaphosa who seconded his nomination in parliament for presidency.

On Wednesday, Ramaphosa was elected as president unopposed.

The entire house broke into chorus of “iYoh Solomon” which honours the memory of slain Umkhonto weSizwe fighter Solomon Mahlangu. Mahlangu was killed by the apartheid government aged barely 23, and continues to be a powerful figure in the student struggle. This song is a rallying cry on South African campuses, and we’re touched to see it sung in Parliament.

While the votes were being counted for the speaker of the national assembly, MPs were not silent (or sleeping). They were singing, and ululating.

Musician Ringo Madlingozi was sworn in as an EFF MP. And it seemed, the MPs are fans. While the house waited for the speaker’s secret ballot results to come in, there was some friendly heckling among MPs urging him sing for the house.

Cheer up Mam’ Belinda, maybe learn the lyrics and join in next time?