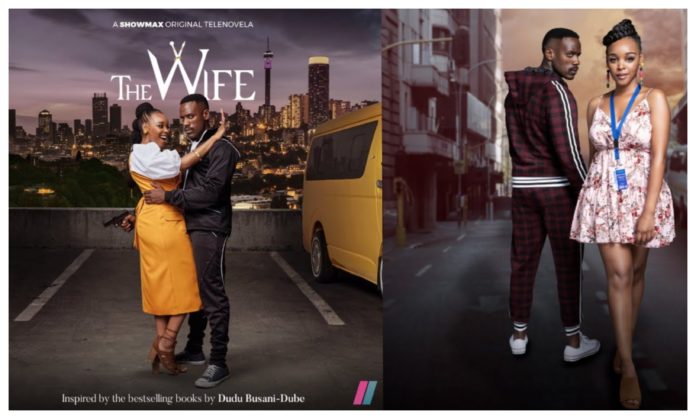 [Trigger Warning: Episode 10 of #TheWifeShowmax features a scene depicting gender-based violence. Episode 11 has scenes depicting violence. This may be difficult to watch and read. We encourage you to care for your mental health, safety and emotional well-being].

Hlomu is found in tears by Langa after Mqhele beat her up. He asks her if she needs anything but she refuses. Mbalenhle Mavimbela’s acting in these scenes are heartbreaking. Her range is amazing and I only see bigger opportunities after this telenovela. It is touching to see the bond between brother and sister. These scenes are particularly important to show us how to approach a victim of violence. Hlomu asks to go home and Langa drives out of Johannesburg to Durban for her.

In these moments it is best to respect the requests of someone who has been attacked. Hlomu needed the comfort and safety of familiar surroundings. These scenes are also very relatable given our country’s gender-based violence pandemic.

In other scenes, the Majolas have made a vengeful return to the city, and present the new taxi boss, Dlakadla with an ultimatum. Nkosana is still trying to control his brothers who seem to do reckless things daily. This time they are driving around drunk. We also witness corrupt cop tactics. After the episode, I now know how to damage DNA evidence. Hlomu and Langa arrive in Durban, while Mqhele waits in vain for her.

Episode 11: You can run but you can’t hide

Hlomu is surrounded by love at home. Her father has clearly always doted on her. He embraces her with so much care after her experience with Mqhele. The duality we spoke about initially is displayed again. We have Mqhele’s extreme obsession for Hlomu and his violent nature. The way he pursued her may have seemed romantic, but it was not. It was predatory and possessive.

I don’t doubt his love for Hlomu, I question his ways of showing it. The Zulu brothers may be millennials but their patriarchal stances are very baby boomer-like. Mqhele shows up in Durban to a dismissive Hlomu. It serves him right after his abuse. The Majolas make a discovery about the Zulus “extra-curricular” crime activities. Nkosana always keeps his cool, but begins to sweat under those perfectly ironed shirts he sports.

#TheWifeShowmax locks lips and guns breaking records along the way

Episode 12 Someone your own size

Mqhlele is parked outside of Hlomu’s childhood home and begs her to leave with him. Hlomu’s father confronts Mqhele and beats him up. The act itself is so hypocritical. He proceeds to berate Mqhele for his violence while kicking him to a bloody pulp. Hlomu witnesses this and seems numb. Mqhele doesn’t leave and stays outside parked in Nksona’s car. Back home the brothers’ cash-in-transit heist is expertly thwarted by the Majolas. The Zulu’s underestimated their enemies and had a shootout at the scene.

These past few episodes are filled with acts of violence, love, care and manipulations. The human condition intersects daily with so many extremes. #TheWifeShowmax captures all of it in under 30 minutes. It is now at the binge-worthy stage for me. These episodes also speak to the dilemma many women face when attempting to leave abusive partners. Hlomu gives in and leaves with Mqhele. The realistic portrayal is done with enough nuance to make it relatable. A person takes multiple attempts to leave their abuser, and the show is on point with that.