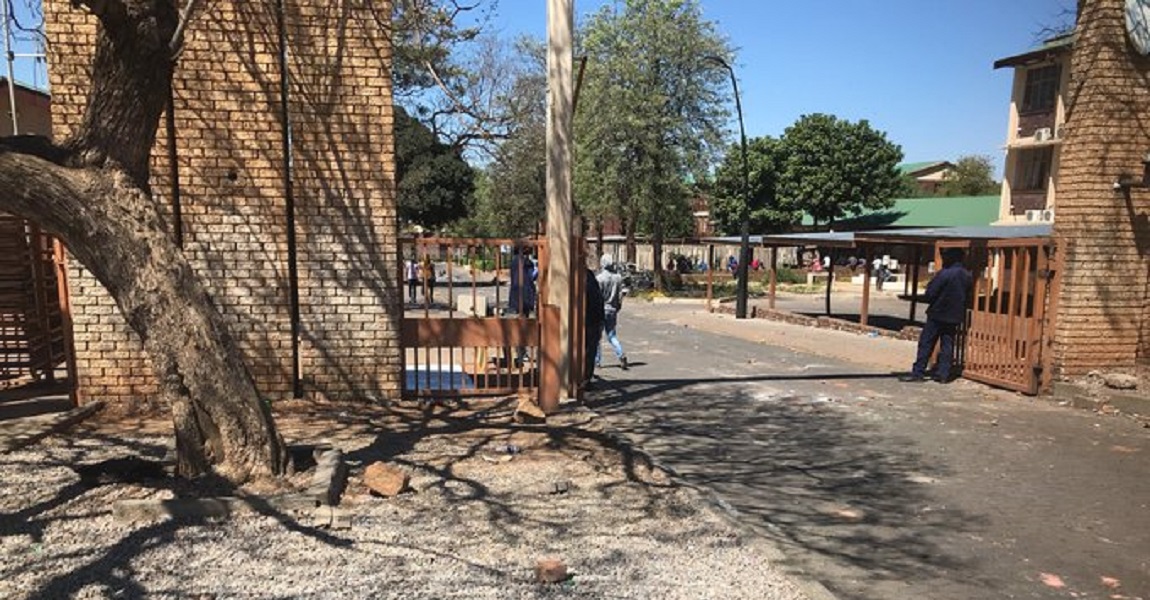 Students at the Tshwane University of Technology (TUT) Soshanguve north campus have been advised to vacate their residences, while academic activities have been suspended until further notice. TUT has been a site of violence protest over the past couple of weeks as students demand justice for the slain third year law student Katlego Monareng. Meanwhile, student political parties are urging the university to resume with learning activities.

Investigation into the disputed SRC elections

Following his death, the university hired forensic services firm SNG Grant Thornton to conduct an independent forensic investigation into the disputed elections. The company has been investigating for the past two weeks and estimates that the investigation will take 3-4 weeks, TUT spokesperson Willa de Ruyter confirmed in an interview with The Daily Vox.

TUT has not yet received a preliminary report into the investigation, de Ruyter said.

SNG Grant Thornton (which formed in February 2018 when the black-owned audit and advisory firm SizweNtsalubaGobodo joined the multinational Grant Thornton as a member firm) will be investigating the appointment of the election company and their terms of reference, among other things.

Speaking at the National Summit on Crime in Boksburg on Thursday, the police minister Bheki Cele said TUT is giving the police headaches. He said while the killing of the student must be investigated, but no one asks what led to that situation.

Cele said the TUT students assaulted the elections presiding officer and the police had to go in to rescue him. When they tried to leave, the students blocked the gate. “Everyone gets blamed except the students,” Cele said.

#CrimeSummit Cele: the TUT students assaulted the elections presiding officer. The police had to go in to rescue him. When they tried to leave, the students blocked the gate. Everyone gets blamed except the students. BB

Protesting students want the Independent Police Investigative Directorate (IPID) to investigate and arrest the officer or officers responsible for Monareng’s death. Students also want police to stop using live ammunition during protests at institutions of higher learning, and to stop using force to intervene in student affairs. They have also demanded that the university commit to building Monareng’s parents a decent house in Bushbuckridge where his family are based.

Last week, TUT management said the ongoing protests and damage to property at the Soshanguve south and north campuses had left the institution with no option but to approach the High Court for an urgent court interdict against the perpetrators of violence and damage to university property.

TUT management had suspended students who had disrupted academic activities, those students would undergo disciplinary hearings. On September 7, it obtained the court interdict against disruptive students and was enforcing it, De Ruyter said.

“The interdict will prevent the perpetrators of the ongoing unrest and damage to TUT property from entering the Soshanguve north and south campuses. In addition it will prevent them from participating in any disruptive activities on these campuses,” de Ruyter said in a statement.

Some students want classes to resume

The Democratic Alliance Students Organisation (DASO) picketed outside the higher education department in Pretoria on Tuesday. The students called for higher education minister Naledi Pandor to intervene in the resumption of learning at TUT’s Soshanguve campus.

“We want classes to resume and those students who want to protest to respect our right to education. They should not force us out of classes or intimidate us when we choose not to protest,” Daso chairperson at TUT Soshanguve campus Thabo Malusi said.

The African National Congress Youth League (ANCYL) has joined DASO in it call for the resumption of learning activities at the two closed Soshanguve campuses with immediate effect.

“We demand an immediate opening of campuses to resume with academic activities and an immediate review of [the] academic calendar since students were affected by the protests,” ANCYL spokesperson Freddy Khoza said on Wednesday.

Final exams are scheduled to go ahead as planned on November 12. The university said the volatility of the situation leaves it with no choice but to remain closed in attempt to normalise the situation.