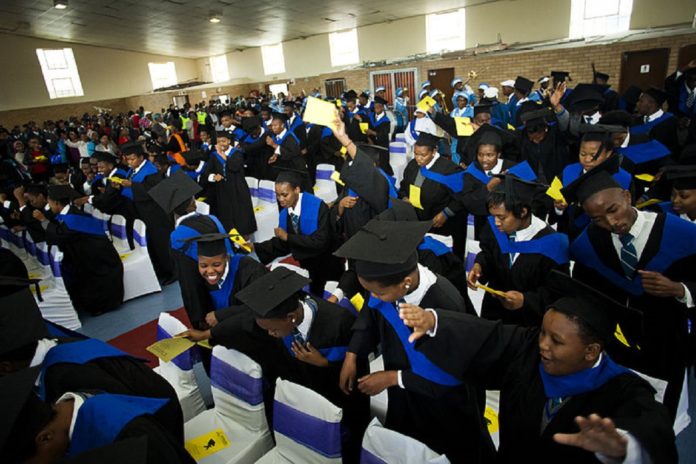 With the release of the 2019 matric results, many matriculants will be awaiting their final acceptance letters from universities and TVET colleges. Those letters will give many the opportunity to attend institutions of higher learning to earn a degree. But not everyone gets that opportunity.

Every year thousands of young people are left devastated when they don’t manage to get into university or college. All universities in South Africa accept only a certain number of students which means that most matriculants will not be going to university. The emphasis on obtaining a tertiary education makes sense –  while the levels of unemployed graduates in South Africa have grown in recent years, you’re still more likely to land a job with a higher education qualification than without.

But there are many other pathways open to matriculants.

Speaking to The Daily Vox in 2019, Zinhle Cingo related how she started her own business without a degree. Cingo wanted to become a medical doctor but due to a lack of funds, she was forced to give up that dream. However, from a young age she had developed a business sense. Using those skills, she started many different businesses. These include a tuckshop, fast food business, and selling of clothes and linen.

“My life has taught me that just like not everyone makes it in matric, not everyone gets to make it to tertiary. But it’s not the end of the world, one can still make it in life,” said Cingo.

Starting a business is not an easy task. There are many challenges that might hinder the process especially for young people coming straight out of school. The rewards outweigh the challenges. Starting a business will mean that young people can develop their skills and become their own boss. Many people who attend universities will be forced to work for someone else. Businesspeople will be able to be their own employers.

Artisans are in short supply in South Africa. In 2017, the government said there was a shortage of around 40 000 artisans needed for infrastructure projects. In order to develop South Africa, there is a need to build roads, schools and bridges. All of those projects need artisans. This is an excellent alternative for young people. Becoming an artisan means that young people will have their skills recognised. In South Africa there is a test that prospective artisans have to take before embarking on the work. This means they will have a certification that gives authenticity to the work they are doing.

Artisan work does not only mean working on buildings and infrastructure projects. Artisans can also be people who make things with their hands. This includes woodwork, pottery, glassmaking and more. After learning the necessary skills, that work can be sold by the artisans creating a further income.

Cooperatives are businesses where a “group of people get together voluntarily to address their common needs.” When the group has gathered, they are required to register the cooperative and will be allowed to operate. Cooperatives are a great project for young people to get involved with. These are especially helpful for a group of friends or classmates who have decided to not get degrees. It gives them the opportunity to work together and develop their skills together.

Cooperatives do not only benefit the people who work within them. It can be used to empower the broader community which the cooperative is working in. There are also no limits for what type of cooperatives can be formed. There are financial, transport, construction, housing and agriculture. This presents an opportunity for young people to work for themselves.

There’s no need to fill the time after matric with being productive all of the time. While it is great to start a business and earn a living, matriculants have other options. For those who are creative and were unable to pursue their passions during school, the time after school ends serves as the perfect time to explore those interests. The time after school can also be spent volunteering and doing good work for others.

While society might present going to university and college as the only option post-matric, that really isn’t the truth. There are many options available for young people to make something of themselves without sitting in a lecture hall.