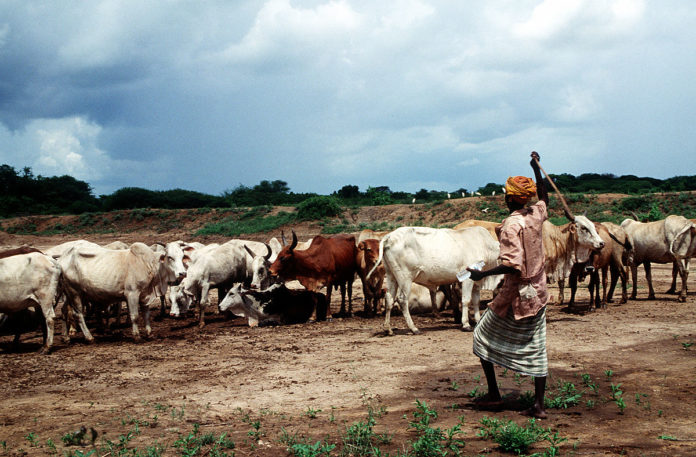 With a foreword by President Cyril Ramaphosa, this engaging book brings history, science, economics and popular culture together in a timely discussion about South Africa’s national cattle hunger, and whether it can be justified in a period of accelerating climate change.

The author, Gregory Mthembu-Salter, is a journalist and researcher who first encountered South Africa’s love of cattle during his own lobola negotiations. He writes: South Africans love their cattle, dead and alive. They may be commercially farmed or part of a small and cherished family herd. They may be lined up for ilobolo, milked for amasi or meet their end as choice cuts on the braai. But the love is there.

The book traces his personal journey through kraals, rangelands and feedlots across South Africa to find out more about the national hunger for cattle. It poses urgent questions about keeping cattle – given what we know about climate change, should we still be raising and eating them? And how do we weigh the cultural and economic value of cattle against their environmental impact? He takes a broad sweep – drawing on such diverse sources as politicians involved in land reform, history, braai-side interviews with cattle farmers and abattoir owners, conversations with his mother-in-law, and analysis of cutting-edge science.

In conclusion, Mthembu-Salter suggests that perhaps ‘cattle can remain wanted and treasured … more as living assets, kept in modest numbers on land where crops will not thrive, whose beef is eaten rarely – and, when it is, is savoured.’

The following extract comes from Chapter Two, based on research in rural northern KZN, called They bring us together: Cattle in our homes and lives.

The next morning we headed out along small roads to visit the Gumede family. After several hours, we turned in at a homestead of several rondavels in turquoise and brown. Two women appeared, having just returned from taking the cattle out to graze…

I asked the women if they thought it worth their while to keep cattle, with all that effort and no men to share the load. They looked at me with pity.

MaNtengu answered, gently: ‘When a problem comes up in our household, cattle can be part of the solution. If our sons are to marry … we can use our cattle to pay lobola. Or if we slaughter and have a ceremony, there will be a hierarchical order to proceedings that helps our household.’

She was referring, my wife Lindiwe later explained, to the way ritual can ease the tensions that inevitably arise between wives in a polygamous household. Properly managed, a slaughtering ceremony can help cool the heat by reinforcing the social hierarchies between the living, and between the living and the dead…

The women had a day’s work ahead of them, so we took our leave. But before we went, I asked one last question.

‘In English,’ I said, ‘there is an expression, “stupid cow”. Do you think cattle are stupid?’

‘I don’t know about your cattle, but our cattle are anything but stupid. We have told you what they do for us. How stupid is that?’

When we returned later that day, Gumede was there. Gumede grew up among cattle within what is now Hluhluwe-iMfolozi Park. His father owned a herd of more than a hundred head, but was forcibly removed when the park was created, finally ending up a few kilometres away, in the exact spot where we were talking to Gumede.

Gumede explained that this was just one of his homesteads. He had three – one for each wife, although two had passed away – and each household had cattle. In total, he had about 40 cattle. ‘There used to be many more, but we are suffering from drought, and they are dying,’ he said wistfully.

Gumede said his sister and MaNtengu were doing a good job of looking after his cattle. He had followed protocol when assigning them this task, so it was unlikely that the cattle were dying as a sign of the ancestors’ displeasure:

‘We had a ceremony. We did not slaughter, but we informed the ancestors that the women would be looking after the cattle because there was no one else to do the job.’

Prepared as he was out of necessity to allow women to tend his cattle, Gumede would not countenance women slaughtering them:

‘Woah, woah … wait now! There are some rules one cannot change. No. When it comes to slaughtering, anything can go wrong. One cannot take chances there. No. If these women notice something is wrong with a cow in my absence, they must contact me to ask what to do. And if the cow must be slaughtered, they must ask a man to do so.’

Commercial farmers, and particularly white commercial farmers, tend to regard such beliefs as archaic, and getting in the way of the business of cattle farming, where the aim is to keep buying and selling cattle strategically for profit. All this cultural stuff, goes the scoff, is what keeps old-school African farmers like the Gumedes poor.

I outlined this line of argument to Gumede. He thought for a while before calmly replying:

‘White farmers are entitled to their point of view. They do not understand that our cattle, our living cattle, are part of our homestead. We understand there is money in cattle, but this is not our priority. Our priority is not to sell our cattle. We prefer to live from what we grow in our gardens and the milk from our cows, and only slaughter when the occasion is right. Sometimes,we will sell a cow if there is an urgent need of money – but only with great pain.

Cattle are part of our lives. When we die, our bodies are wrapped in a cow’s hide. And when we live, we wear their hides, their skins, connecting us to our cattle and to our ancestors. That is how it was, at least. Everything we had came from the world around us.’

Gumede then asked a young boy to bring his Zulu regalia. When the boy returned, Gumede unhurriedly took off his trousers and shirt and pulled on the items, cheerfully identifying every item of clothing by name and which part of the cow it comes from. After a pause, he continued:

‘We have compromised enough with you whites. We have really tried. We put on shirts and trousers and lost this connection with our cattle. But this love we have of cattle, we cannot compromise on that. It goes beyond the skins we wear, or the meat we eat. Perhaps it will be hard for you to understand, but we are asking that you accept it, this interdependence of ours with cattle.’

We walked over to a nearby kraal, fenced with sticks and twigs. Gumede lovingly described each of his cattle. His face clouded over when the conversation turned to the subject of the nearby coal mine:

‘Yes, it has given us some jobs. One of my sons works there. But we have had to uproot the bones of our ancestors to make way for it, and now we find that the mine is so thirsty – it is drinking up all our water. In fact, we are being treated like cattle …’

Gumede warmed to his theme, lamenting that first his community had lost its grazing lands to the national park, and now their water was being taken.

‘I have become poor. I am almost too poor to eat meat. Our cattle are so weak they hardly produce milk. We used to make amasi from their milk but now there is so little milk that we buy it from the shop. Life is not the same.’

Gumede is right, I thought afterwards, life is not the same. Yet at the same time not everything has been lost, and it was reassuring to see that the old culture of living with cattle, as opposed simply to living off  them, still thrives.

Available in early September, the book can be purchased online or at most good bookstores for R250. 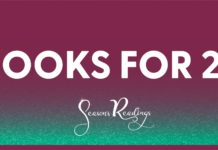