Home Accountability Thinking out loud: Why do we kneel before charlatans in the church?
WhatsApp
Facebook
Twitter
Email
Print 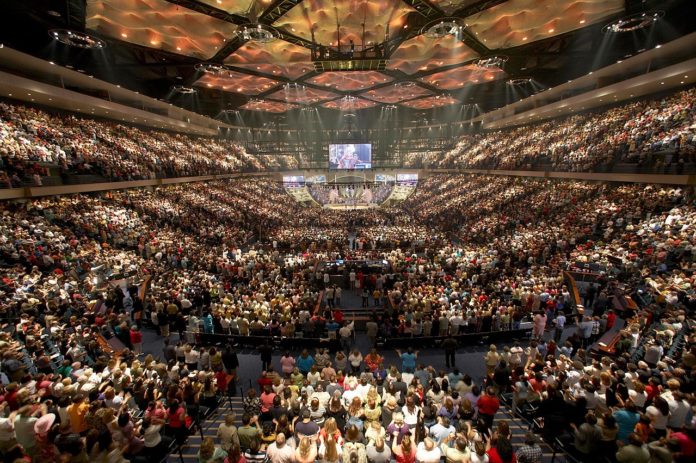 Kelly Mutizira reflects on the lure of pastors who preach the prosperity gospel.

When Shepherd Bushiri also known as Major 1 or Prophet Shepherd Bushiri, the Malawian Christian preacher, motivational speaker, author and businessman with a cult following in South Africa appeared in court this month, there was a large crowd of supporters assembled outside the court. Prominent among them was ANC MP Boy Mamabolo. In an impassioned speech in support of Bushiri and his wife Mary, who were arrested in connection with charges of fraud and money laundering worth R102 million, Mamabolo vowed to take up Bushiri’s treatment with the authorities.  “We’ve been here since this morning, I’m going to lay this concern with Justice Minister Ronald Lamola to say we come here in the morning, they postpone the matter. This is absolutely wrong,” he said. He also issued a veiled threat against Aaron Motsoaledi, Minister of Home Affairs.

But it’s something else that Mamabolo said that demonstrates the very real appeal of Bushiri, and others like him.

“I’m in Parliament because of you, so there’s no way I could turn my back against you.”

Like so many others, Mamabolo directly credits his success to  Bushiri. In these churches, success breeds loyalty which breeds success for the church leaders.

We have seen an increase in the number of prophets and pastors who have turned churches into multi-billion industries where the leaders of such institutions live lives of luxury while their followers suffer in poverty. They emphasis the gospel of wealth – explicitly linking wealth and religion.

Read more: Do our churches and pastors need ethical oversight?

These prophets and pastors have their own private jets, get driven in luxurious vehicles and have 24-hour armed bodyguards – for reference, the Pretoria Magistrate’s Court heard that Bushiri’s gross monthly income is R566 000. Yes, monthly. But Bushiri is only one among many others.

But, why are people prone to falling for charlatans in the church?

Poverty in Africa leaves many people powerless and dependent. People are drawn to what are known as prosperity gospel prophets and pastors because they are offered the opportunity of getting out of poverty and becoming rich by means of God’s blessings. Poor people are not the only ones who fall prey to these charlatans. Rich people are also “blindfolded” and used to invest excessive amounts of money with a Godly promise that they will become wealthier.

Read more: We like to pretend that our churches are bastions of progress and not temples…

Followers endure this manipulation with the belief that their problems will fall away. Unfortunately, many are still waiting in vain.

Without access to medicine and proper health care, it isn’t surprising that people turn to “miraculous” healers to find relief from suffering. Penuel Mnguni, the leader of End Times Disciples Ministries in Soshanguve, Pretoria, first made headlines when he fed his congregants snakes. This soon earned him the nickname “snake pastor”. Soon after, a video of Mnguni feeding his congregants dog meat and blood – supposedly a cure for cancer– went viral.

Many of these prophets and pastors display their “miraculous blessings” to attract the poor and needy with the intention of showing them the life they could have if they participated in rituals and sacrificed their money. Sadly, the wealth on display is derived by manipulation, even criminality, or excessive and unsustainable debt.

In many churches there has been a trend where various items such as anointing oil, holy water, handkerchiefs, and many other “anointed” products are sold to church members with the belief that the purchase and use of such objects or products will attract God’s blessings, favour and protection.

Therefore church leaders will encourage their followers to purchase their products with the promise that if they use their “anointed” products, then God will answer their prayers. They sell these products for profit.

The Commission for the Promotion and Protection of the Rights of Cultural‚ Religious and Linguistic Communities (CRL) bear a responsibility to identify and expose corrupt religious leaders, as well as safeguard citizens against abuse, while maintaining their rights to religious freedom.