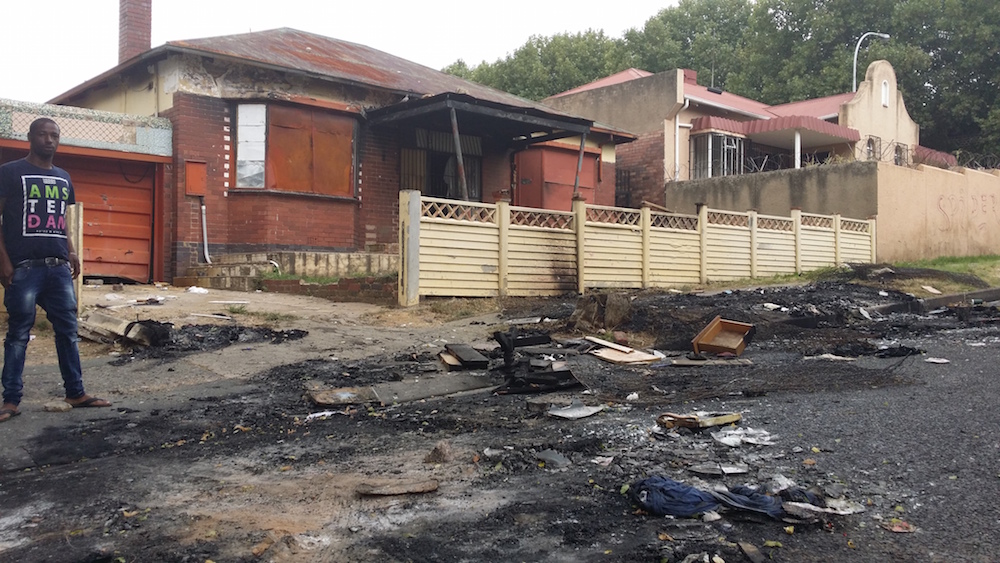 The Nigerian government has demanded answers from the South African government after its citizens were attacked over the past two weeks in what is being seen as resurgent xenophobic attacks in the country.

Around 15 buildings, homes and businesses belonging to Nigerians were burnt and looted in Rosettenville and Pretoria West over the past two weeks.

On Monday, the South African Parliament’s Portfolio Committee on Police said that xenophobic attacks on foreigners by South Africans in Rosettenville and Pretoria West could have been avoided if police had responded timely to complaints made by the community.

Meanwhile, the Institute for Justice and Reconciliation (IJR) on Monday strongly condemned the planned â€œMarch Against Immigrantsâ€ planned for Friday.

“IJR would like to appeal to the South African Government, and provincial administrations, which have a Constitutional obligation to protect the human dignity and safety of asylum seekers, refugees, economic migrants and all those living in South Africa. We call upon the authorities to remain vigilant, with regards to the planned events of Friday 24th February 2017, and to prevent a repeat of xenophobic violence.”

Earlier in February, the Somali community said that around 14 Somalis had been killed in January 2017 alone.

The presidency in Abuja said 116 Nigerians were killed in South Africa in the past two years and that there’s an urgent need for continental intervention.

Abike Abiri Erewa, who is the senior presidential aide on foreign affairs, said in a statement that the treatment of Nigerians in South Africa is unacceptable to the people and government of that country.

Between 2008 and 2016, South Africa witnessed unprecedented levels of violence against foreign nationals which resulted in the loss of lives, the destruction of property and an overall collapse of trust within communities across the country.

UPDATE: The Pakistani community in South Africa is also taking steps to protect itself from potential violence.Â  On Wednesday, the high commission for Pakistan in Pretoria issued an announcement saying that it has “taken all possible measures” to protect Pakistani immigrants and their property in South Africa, especially those residing in and around Pretoria. A representative of the high commission, Nasir Awan, told The Daily Vox that they had received no complaints of attacks on Pakistani immigrants, but that shopowners based in areas where Friday’s planned march would pass through, had been advised to keep their shops closed.