Home As Told to “I feel there is no solution to xenophobia because there is no...
WhatsApp
Facebook
Twitter
Email
Print 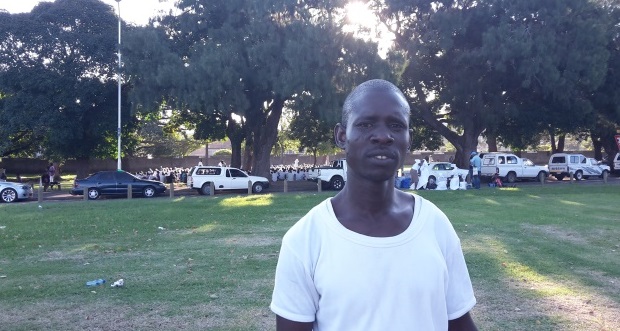 It’s been roughly a year since the outbreak of xenophobic violence which swept across Kwazulu Natal, killing seven and displacing thousands. China Ngubane returned to the area and spoke to Zimbabwean GOODLUCK DZOTIZEI about picking up the pieces after the violence.

I have been struggling since the April-May 2015 attacks. I was displaced and I lost my job and I could not regain both my work and the place I used to stay. I am married to a South African woman and I had to separate from her and my child because of the attacks. Xenophobes were also promising to beat up my wife saying itâ€™s because she is married to a foreigner. They were saying that foreigners are taking our wives.

I have not come back to my normal life, I am still struggling to get a job and I cannot afford to stay with my family. I have tried almost everything to recover but I am failing; I think I [should] rather go back to Zimbabwe.

A lot of South Africans sympathise with African nationals but in most cases they are afraid to come out and speak against xenophobia. This makes me believe that xenophobia is a political thing because the communities we live in are controlled by the ruling party who have structures from street level.

A lot of the 2015 victims have never recovered and they are still sleeping in the streets [Point Road], and at one time I had to sleep there too. But with the support of a few well-wishers I am able to feed and sometimes pay for a place to sleep. Last week I was in Kennedy Road, close to where I used to stay before the attacks, and guys were calling names [saying] “zaizai, kwerekweres must go”. When I asked whatâ€™s going on they said there are attacks already in Folweni and Johannesburg and it’s shown on TV. And to my understanding this is where media plays a role in inciting xenophobia â€“ perhaps it is important that such things should not be popularised through media.

As it stands, I feel there is no solution to xenophobia because there is no political will to address the problem and thus the problem continues unabated. Much of the hate is ingrained in state institutions such as the police.