Home As Told to “Government should be able to tell its people that ‘foreigners’ do have...
WhatsApp
Facebook
Twitter
Email
Print 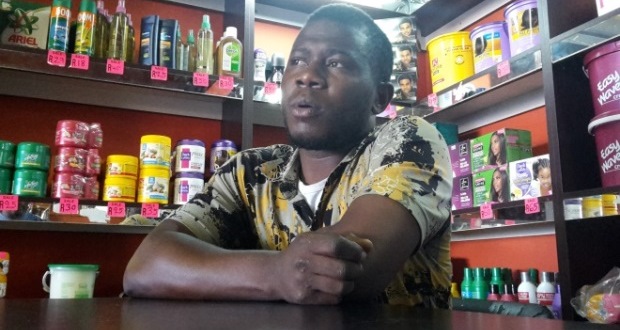 It’s been almost a year since xenophobic violence broke out in Kwazulu Natal. China Ngubane returned to Durban and spoke to AMUR JEREMIAH, originally from the DRC, about his thoughts on living among xenophobic neighbours and the role of the government in preventing violence against foreign nationals.

I was here in South Africa since 2004. I experienced xenophobia since 2008, but we were lucky because there were some interventions by government. I was, however, among those affected in the 2015 xenophobic attacks, in which we ended up in Isipingo Camp.

After the attacks, I was able to recover business through friends’ support. All locals were xenophobic and this was shocking because at first I was supported by the same South Africans. Itâ€™s almost unbelievable that someone you used to live with in harmony could become xenophobic and attack you.

This is because the previous [2008] attacks werenâ€™t rebuked properly. It has become a workable idea [for] the next community to do anything they want to a â€œforeignerâ€ and none of the perpetrators are brought to justice. But in other communities, xenophobia never took place because the community leaders, councillors, and chiefs met up and mobilised their communities against xenophobia. In communities where the Induna [chief] is not willing to stand up and say no to xenophobia, that is where people get attacked. The government also condemns xenophobia yet they are not willing to rebuke whoever is perpetuating xenophobia.

As of today, in many areas the looting still carries on, and the idea to chase away African nationals becomes perpetual. Government should be able to tell its people that â€œforeignersâ€ do have rights, and to rebuke criminality by all means. Stereotyping African nationals should be stopped; we need each other.