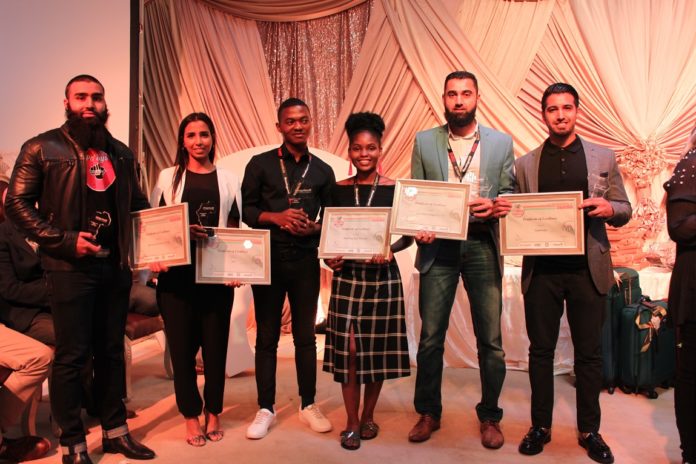 “The Young Business Achiever Awards (YBAA) goes as far as to say that entrepreneurship is an antidote to poverty,” said Shaakira Rahiman-Saleh, spokesperson for the YBAA. Launched in 2017 by Roshgold Investment Holdings in 2017, the awards want to help small businesses to grow through recognition and mentorship.

Speaking to The Daily Vox, Rahiman-Saleh said she had just gotten back from launching the awards in Durban and Cape Town. These regional launches form part of the work the awards are trying to accomplish.

“This is not just the competition for the name and fame. It’s a very personal, it is a one-on-on experience because every business is unique. The Roshgold Team actually endeavors to go to the regional business hubs in Durban, Johannesburg, Pretoria and Cape Town to interact with each entrepreneur, they are afforded the opportunity to network and meet us as the founding organization, the sponsors and very importantly the Judges in the competition at each regional launch,” said Rahiman-Saleh.

As part of the advertising and promotion of the awards, the awards’ team have travelled to different parts of the country. There they met with entrants, spoken to them and created networks which will help entrepreneurs beyond the awards. Some of the awards’ judges accompanied the team to these launches to offer advice to entrants.

Haroun Pochee, previous chairman and current CEO of Roshgold Investments started these awards. Roshgold is a community based investment company. Leading on from that background, the awards is about investing in the community said Rahiman-Saleh.

She said these awards are important, especially when looking at the “dismal unemployment rate in South Africa” which affects young people the most. It is for that reason that the awards are only open to entrepreneurs under the age of 37. The company started the awards because “instead of being complacent about the current state of affairs, we want to offer the solution.”

The awards are open to all young people under the age of 37. The competition deadline was supposed to close on October 30th. However it has been extended to November 7 so that more people are given the opportunity to enter.

Once the applications for the awards close, the judging panel and other involved will have the mighty task of going through all the applications. Using the in-depth judging criteria, the contestants will be narrowed down to 25 top participants. From those 25, it will be further narrowed down to 5 who will compete for the ultimate award. The winner of the awards will be announced in January 2020.

There are many interesting prizes for the winner. “We are sponsored by Albaraka SA and Awqaf SA as well as a host of many other supporting sponsors and organisations we are very thankful to have on board,” said Rahiman-Saleh.

Some of the prizes include over R500 000 in total prizes. From that grand total, there is cash, technology, mentorship, social media support, and investor introduction, and more

However, besides the huge prizes available for the winner, these awards aim to grow the businesses and enable the entrepreneurs to give back to their community through mentorship.

“We want to support them and we want to give them a hand up. And one of the ways we do that is through mentorship which is invaluable among all the other prizes. We make sure they are strong not just for their success, but to also filter through the communities and the job creation that they create in being successful businesses,” said Rahiman-Saleh.

The idea of creating opportunities is core at the heart of the awards. It is also one of the judging criteria for those who enter. Those entering need to be able to motivate what they are doing to help others in their communities through the opportunities they’ve been given.

“The awards helps the broader community in terms of encouraging positives factors and outcomes through entrepreneurship such as job creation and social responsibility – these factors also form part of our judging criteria where entrants who show initiative in these areas score highly for their efforts,” she said.

In 2018, the YBAA went to Hashtag Our Stories, a company run by Yusuf and Sumaiya Omar. using mobile phones they give young people the skills to create content and tell their own stories.

“For a fairly young business, Our Winners 2018 ‘Hashtag Our Stories’ have created 8 new jobs in South Africa over the past year alone and we want to promote and support more young leaders like these who drive creation of employment as a direct outcome of the success of their business,” said Rahiman-Saleh.

For more information on the prizes up for grabs, and on the awards generally, check out YBAA’s website.