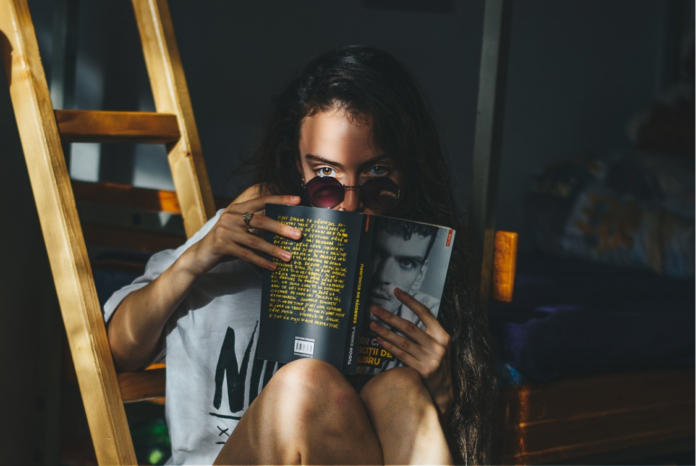 Novelist Kamila Shamsie challenged the books industry to publish no new titles by men for a year in 2018. Shamsie called for a “year of publishing women”, to “redress the inequality” of the literary world. This was after she detailed how male authors and book reviewers took up space, how many more male writers submitted for the Booker prize, and the disproportionate number of male protagonists in prize-winning novels. There’s none of that in this book list. Here are women writers writing about women. These books celebrate women: queer and straight, rich and poor, beautiful and not, and everything else in between. We list 10 books portraying the intricacies of being a woman.

Best-selling Japanese author Murata’s Convenience Store Woman follows 36-year-old woman Keiko Furukura, who just wants to continue working at the convenience store. This is the first of Murata’s ten novels to be translated into English, and is a bewitching, thought-provoking read. Despite the pressure to conform, Keiko doesn’t fit into contemporary Japanese society. She isn’t married or interested is sex and relationships, finds purpose and enjoyment in her deadend job, and has to mimic her co-workers voice inflections and reactions to fit in. Sometimes quirky, sometimes eerie this book forces readers to question Keiko’s character. It addresses the expectations society places on women, and society’s uncomfortability at an “incomplete” woman.

Tumi Letsatsi is a 15-year-old Capetonian who is struggling to put together cool outfits. She’s also still figuring out the future, her friendships, how not to dent her afro on the bus, and what exactly “french kissing” entails… But more on those outfits. Tumi creates an app called “Project Prep” to help her, which goes viral catapulting her and her friends to fame. It’s not smooth sailing. Tumi encounters some challenges including a catfish, nasty rumours and crush drama which might mean quitting the app. About the wonders of working in tech, this book is based on an idea by Janneke Niessen and an initiative of Inspiring Fifty, a non-profit aimed at making tech role models more visible to girls and young women aged 9-15.

Women’s Work is Stack’s memoir of raising her children abroad with the help of Chinese and Indian women who are also working mothers. Leaving her job as a foreign correspondent to care for her new family and write a book from home, Stack quickly found that balancing childcare and housework didn’t give her time to write. Like many upper-class families and large corporations, she hired cheap labour. Becoming aware of their brutal realities — domestic abuse, alcoholism, unplanned pregnancies — Stack was forced to confront the ethical compromise she’d made hiring them. Using her journalistic skills, Stack maps the tradeoffs they’d been forced to make as working mothers seeking upward mobility — and the impact on their children left behind. An unflinching account of marriage, motherhood, feminism, and privilege, this one was unforgettable.

Dennis-Benn crafts a portrait of Patsy, who isn’t a “fashionable” hero: she is poor, black, overweight, queer, and undocumented. Patsy dreams her way out of Pennyfield, the derelict area that she comes from in Jamaica, to the United States (US). She chases her childhood love Cicely who moved to New York City, leaving a gaping hole in Patsy’s life that motherhood and her bureaucratic job can’t fill. Patsy abandons motherhood to find love and freedom with her visa. This book forces readers to confront ideas about agency, gender roles, motherhood, and maternity.

City of Girls by Elizabeth Gilbert

It’s 1940. Nineteen-year-old Vivian Morris has been kicked out of a prestigious women’s college for her poor academics. Her parents parcel her off to Manhattan to her bohemian aunt who owns the charming, dilapidated theater Lily Playhouse. Meeting showgirls, actors, writers Vivian learns about life. But she makes an expensive mistake that changes the course of her life. This one is glitzy and glamorous but more than that, it’s a celebration of feminine agency. That’s both sexual agency, but also the agency to pursue a chosen life. City of Girls is also a marvellous work of historical fiction, and nothing like Eat, Pray, Love which Gilbert is well-known for.

In Three Women, Taddeo follows the sex lives of three very different women for a decade. There’s Sloane, who has sex with other men and women sometimes while her husband watches, Maggie, who had sexual relationship with her teacher during high school, and Linda, a mother of two who cheats on her husband in an affectionless marriage. It’s frank and provocative, and reads as a deep, nonfiction portrait of feminine desire. There’s nothing quite like it. Also, US cable station Showtime has also committed to adapting the book into a drama!

Delayed Rays of A Star by Amanda Lee Koe

In a photograph at a 1928 Berlin soirée, photographer Alfred Eisenstaedt captures German actress Marlene Dietrich, the world’s first Chinese American star Anna May Wong, and famous-then-infamous director Leni Riefenstahl. This inspires Lee Koe’s first novel. She charts the course of these three women’s lives, introducing secondary characters including a Chinese immigrant housemaid who was once sex-trafficked, and a queer German soldier. The book follows the characters from Weimar Berlin to LA’s Chinatown, in and out of seaside resorts and luxury apartments. These women are sirens, muses, predators, or lovers, and Lee Koe explores all of these facets with a playful intensity. Delayed Rays of a Star depicts the cravings, calculations, and betrayals of womanhood with a beautiful complexity.

Her Body And Other Parties by Carmen Maria Machado

A Woman Like Her: The Short Life of Qandeel Balogh by Sanam Maher

Qandeel Balogh was Pakistan’s first social media star and like every slay queen, shared her daily life with the public. But her videos soon became risque according to Pakistani standards, and as her fandom grew so did her haters. Qandeel became more and more nationally infamous, until she was murdered. Still, footage of her body held the nation captive. Using a combination of interviews and research, Maher writes Qandeel’s life from the village she grew up in, her refuge in a women’s shelter after escaping her marriage, and her rise and fall as a social media sensation and the Muslim world’s most unexpected feminist icon. This one is tragic, complex, and exposes systemic misogyny.

Bring your feminist rage, Australian feminist Clementine Ford put together a feminist manifesto that speaks to seasoned feminists and those just dabbling with feminism. The book speaks of the enduring gender inequality in the world. Ford calls on women to rediscover the fury that has been suppressed by a society that still considers feminism a threat. To “fight like a girl,” Ford says, “is a testament to how strong women are and how vigorously we fight just to exist day to day with all of the violence that is enacted against us… And we are still here and still standing.” This book will have you riled up and demanding full equality, not just snippets of it.

All the books are available for purchase online, and at most good bookstores.