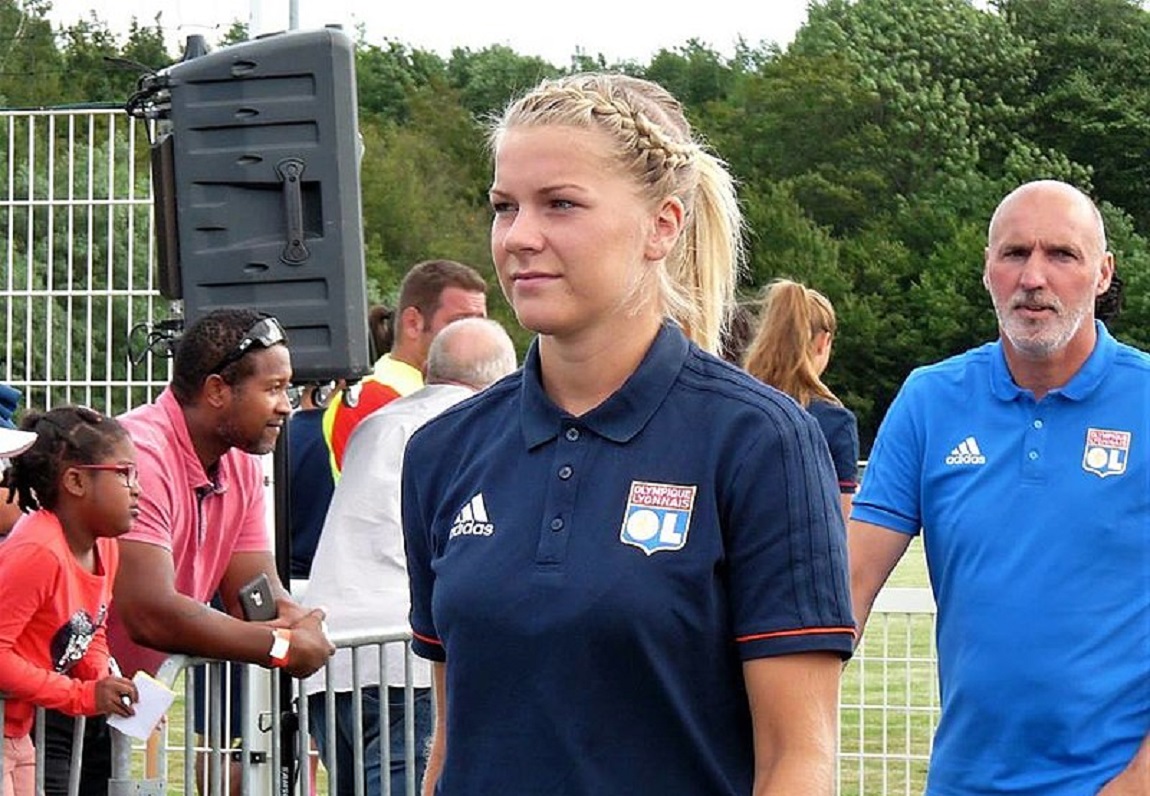 It’s nearly the end of 2018 and we are still having the exact same conversations about women in football. Conversations constantly arise calling for women to be given a seat at the table and for there to be more recognition of women in football and sport generally. Well FATIMA MOOSA is calling bullshit on that.

The Ballon d’Or is an annual football award presented by France Football. At the 2018 Ballon d’Or, for the first time ever (!) a woman footballer was awarded the Ballon d’Or Féminin – the women’s Ballon d’Or. Since 1956, the award has been solely awarded to male footballers. Norwegian and Lyon striker Ada Hegerberg (23) has had a magnificent season with Lyon where her goal-scoring prowess propelled the team to their fifth Champions League title and their 12th domestic title – walked away with the award. Hegerberg used her speech to speak about the significance of winning the inaugural award, and what it means for young girls.

She has previously spoken about the inequality that exists in football especially in her home country of Norway. Norwegian football has been seen as one of the frontrunners for pay equality in football, yet Hegerberg has said: “Football is the biggest sport in Norway for girls and has been for years but at the same time girls don’t have the same opportunities as the boys. Norway has a great history of women’s football but it’s harder now. We’ve stopped talking about development and other countries have overtaken us.”

And then came the moment where all of the recognition and respect seemingly meant nothing. DJ Martin Solveig who was hosting the event asked Hegerberg after she accepted the award and had given the speech to twerk on stage. With an unamused expression on her face, the striker said ‘no’ before leaving the stage. An obvious outraged reaction followed once the video was released. Yet, Solveig had the audacity to say he doesn’t understand why there was such a stormy reaction.

Solveig said he apologised to Hegerberg after the awards and she had accepted his apology, he just meant it as a joke. Just a joke, he says. Like women are not subjected to “jokes” which take the form of sexual harassment every day. Women have to listen to these jokes, laugh at them and goodness forbid they take offence. If you get angry the next thing you will hear is ‘why are you getting so emotional?’, and ‘is it that time of the month?’. Of course, Hegerberg had to accept the apology because anything else would have been perceived as too emotional and irrational. That is, of course, the daily behaviour that women are forced to endure. It’s not enough that women aren’t paid enough and given the same opportunities, they also now have to face this level of disrespect when they are supposedly being recognised.

What is the use of having a metaphorical seat at the table when women will still be forced to endure harassment and disrespect? Solveig’s actions show the deeper rooted effects of the domination of patriarchy and misogyny in the world. While we should be celebrating the amazing achievement of Hegerberg being a pioneer and inspiration of women all around the world, we know have to interrogate the disgusting behaviour that Solveig showed. Her achievements have been overshadowed by his trashy actions.

Then giving an unbelievable speech about how big this is for women’s football.

Then asking little girls to believe in themselves.

THEN being asked to twerk. Fuck off dude. pic.twitter.com/MkbL5KZalD

What was nice to see what there are some male allies who will speak up and acknowledge the sexism and discrimination that women are forced to face in everyday life and professionally. Tennis star Andy Murray took to his Instagram story to call out the “ridiculous sexism that still exists in sport.” Murray asked: “Why women still have to put up with this shit? And to everyone who thinks people are overreacting and it was just a joke. It wasn’t. I’ve been involved in sport in my whole life and the level of sexism in unreal.”

While Murray didn’t say anything new that women haven’t been saying forever, it was great to see a man speak about it. It’s more than can be said for the bros club that is professional football in Europe and around the world. It would be extremely surprising to see any of our favs speak up about this – even though Kylian Mbappe did look quite shook when it happened. (We can have only had hope for the future generation of footballers). Of course, there would be silence on this because when it was confirmed one of the footballer’s favs is an alleged rapist, there was a gaping silence.

Not only does Cristiano Ronaldo get to walk freely and play football like nothing is the matter, but there also has been not a single world of condemnation from any of his peers and the footballing world at large. Ronaldo has been accused of sexual violence and while he has denied any of the allegations, this is not the first time these allegations have surfaced. German media, Der Spiegel published the report on this in April 2017. Yet all the time the allegations surface, get a little traction and then disappear amongst the fanfare that surrounds Ronaldo.

The problem with sexism and patriarchy is not something that only exists in Europe. Our very own Banyana Banyana made history last month when they qualified for the first time for the World Cup which will be taking place this year. They have been the far superior team for a quite awhile but it took this win for most South Africans to wake up and acknowledge them. This acknowledgment was very double-edged when it came with many making comparisons between them and the men’s team to prove some point. The women’s team is incredible and don’t need to prove themselves to anyone or against anyone.

And if we are talking harassment in football, the head of South African football, Danny Jordan has been accused of rape and sexual abuse. Yet he still remains in his position without any repercussions or investigations. Two women have come out and accused him of rape and cases were even opened against him. He was even told to resign but almost six months down the line, Jordan remains in the top position.

We’ve been saying this but football and sports have a long way to go before there can be any form of equality and justice. Beyond giving women equal opportunities and pay and awards, the rife sexism, and harassment in football needs to be sorted out. Football associations need to clean up their houses and sort out these issues before coming up with rhetoric about women empowerment and recognition of the work that women have been doing. Women should not have to pay the price for recognition by being harassed, ill-treated and disrespected.