Home Reporters' Notebooks Berea evictions are one of many, but we forget
WhatsApp
Facebook
Twitter
Email
Print 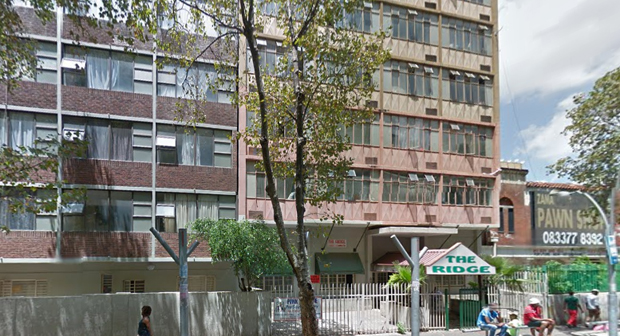 Most of us find comfort during the bitter Johannesburg winter from knowing that we have a warm place to return to every night. However, this is not a privilege for everyone, as residents in Berea, who were evicted from their homes last week, know only too well. PONTSHO PILANE went to Abel Road, where the evictions took place, to witness the aftermath.

Abel Road is abuzz with people going about their business, walking to and from work while children play on the sidewalks. At first glance, it looks and feels like a normal street. But as I walk up to Tudhope Avenue, stark reminders of the recent evictions lieÂ scattered everywhere â€“Â broken furniture andÂ debris litterÂ the sidewalk.

Evictions in South Africa areÂ commonplace.Â The latest victims are the residents of Berea in Johannesburg, who were removed from their homes on Tuesday morning last week by the Johannesburg Metropolitan Police Department (JMPD).

On Monday evening, the JMPD secured a court order to remove the residents, who are reported to have illegally occupied the building called The Ridge. But residents are adamant that they were there legally.

â€œHow can we be illegal when we were paying rent? I donâ€™t understand that?â€ one evicted resident told me.

A man, who asked to be identified only as Dumi, who works in a nearby tuck shop on Abel Road, told meÂ he was surprised to return to work on Tuesday morning to find people sleeping outside.

â€œThere were rumours about the evictions but I didnâ€™t think they would happen. People were paying rent to live there. I donâ€™t think it is fair that they are just kicked out like that,â€ he said.

These forced removals donâ€™t affect only those that live in the building. Chima, a street vendor with a stall situated right outside the entrance of The Ridge, lamented on how the evictions willÂ affect his business.

â€œThe people who lived here used to support my business â€“ they would buy stuff from me and that way I can eat. Itâ€™s only the first day, but business is already bad,â€ he told me.

It is rumoured that The Ridge is under new management and that is why the evictions took place â€“ but the story appears toÂ be more complex than that. In the legal wranglings between ownersÂ andÂ so-called building hijackers, it is normal people and families looking for centrally located, low-cost housing who stand to lose the most.

More thanÂ a dozen security personnel are guarding the gates and perimeters to prevent any of the evicted residents from returning.Â This, according to passers-by, is nothing new in Berea. None of the former residents of The Ridge are to be seenÂ in the streets around the building. Nobody could tell me whereÂ they’ve gone. They, like many before them, will be forgotten and life will simply go on.Â The wheel will keep on turning until the next raid.