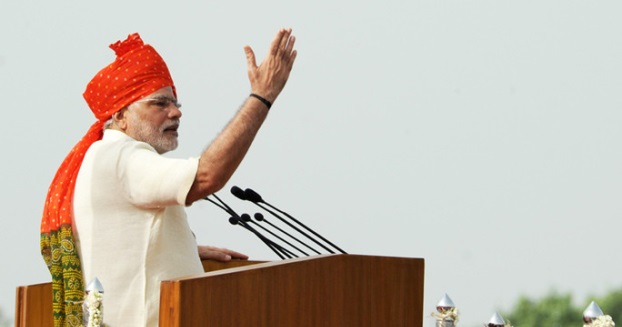 The Bill and Melinda Gates Foundation recently announced they would be awarding Indian prime minister Narendra Modi with a prestigious award. This award is in response to the Indian government’s clean toilets project. Modi is set to receive the award from the foundation when he visits the United States (US) later this month. A group of South Asians people in America have called on the foundation to withdraw the award, especially with the current political situation in India.

The award from the foundation relates to the Swachh Bharat Abhiyan project. This is a nationwide project in India from 2014 to 2019. Put in place by Modi, it aims to “clean up the streets, roads, and infrastructure of India’s cities, towns, and rural areas.” The project’s name translated to “Neat and tidy India Mission” in English.

It was announced by an Indian minister who said that another award for the prime minister would bring pride to Indians. Modi will reportedly receive the award during his visit to the US for the United Nations General Assembly.

However, the group calling for the award to be rescinded say Modi does not deserve the award. They have started a petition calling on the foundation to not award Modi. The petition page makes the call: “Don’t reward fascism. The Butcher of Gujarat, Modi, doesn’t deserve an award from the Bill Gates Foundation.” The petition which is hosted on the site stopthegenocide says they are disappointed in the decision of the foundation to award Modi.

“While we understand the award was given for the Prime Minister’s Swachh Bharat Abhiyaan program, which is aimed at building toilets in India where about 500 million people defecate in public, it nevertheless seems inconsistent to give a humanitarian award to a man whose nickname is the “Butcher of Gujarat”,” it says.

The main reasons why the petition is calling for the award to be rescinded in the events taking place in Indian-occupied Kashmir and the Indian state of Assam. The petition ends by saying: “Narendra Modi does not deserve it, and to have awarded him is beneath the dignity and moral stature of your Foundation.”

Kashmir has been under lockdown for more than a month now. The Indian government revoked two important articles which gave the people living under Indian occupation in Kashmir relatively autonomy. The internet has been shutdown and people have been living under curfew. Kashmir which was already one of the most policed areas in the world saw an increase of security forces stationed in the area.

A Kashmiri activist told The Daily Vox last month: “Think about it – if this can happen to a small place today by the world’s largest democracy that India claims and if we allow this to happen, it can happen to anyone. It’s not just about Kashmir, it’s about humanity that’s at threat here.”

Another human rights issue which has arisen in India is that of the people of Assam. This is a small state in India. Last month, the Indian government released the state’s final National Register of Citizens (NRC). The NRC released excluded over two million people. The people that have been excluded will now have to prove they are Indian citizens. The Independent has reported that the Indian government is building mass detention camps in the wake of the NRC announcement.

Several human rights organisations including Human Rights Watch (HRW) has expressed concerns about the excluded people. They are worried that the list might set off many human rights violations. A genocide warning has been sent out as well.

In the midst of the Kashmir crisis, Modi was awarded the United Arab Emirates’ (UAE) highest civilian honor. This was despite a lot of criticism from the international community about the award.

British Labour Party MP Naz Shah even asked the leadership of the Emirates to reconsider giving the award.

“I ask you to question this decision and reconsider giving such an award, not only because the majority of the Kashmiri people share the same faith as you, but because we have a duty as human beings to stand up against the disregard of human rights and evil,” Shah wrote.

However, the award was given with the UAE’s crown prince, Sheikh Mohammed bin Zayed Al Nahyan telling Modi he “deserved it”.

Update: Rapper Riz Ahmed and actress and radio presenter Jameela Jamil have reportedly pulled out of the event. The event will be on September 24.