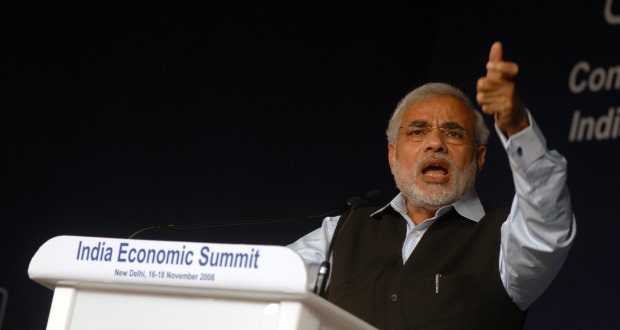 India’s Prime Minister Narendra Modi, is visiting South Africa on his first official state visit to our country. Despite all the hype around his visit and the fact that Modi is seen as quite the charismatic leader, he should not be hailed as some kind of hero by South Africans of any shade.

Sure, government has its own agenda to pursue with him and the visit has been punted by the welcoming committee as an opportunity to celebrate the shared value system of South Africa and India in terms of the fight for freedom against oppression, as well as a shared history of oppression. But this is a misleading way of celebrating Modi’s visit since the Indian PM has reneged on many of these values since taking power.

2. Suppression of youth protests in India by Modi’s government
South Africa is no stranger to protests, especially student protests under the #FeesMustFall movement, and last year neither was India. However, the Indian government under Modi had taken quite a hard hand against the protestors, with the students being accused of sedition and being anti-Indian. This sparked further protests because many in India felt that the government were threatening civil rights and it also exposed the deep-seated nationalism, especially Hindu-nationalism, that has been favoured by the Modi government. We really don’t need Modi coming here and giving Zuma and the government any ideas on how to deal with protestors, especially leading up to local elections.

3. Ultra Hindu nationalism and authoritarian government
Modi should not be welcomed here in South Africa because of the way his party, BJP (Bharatiya Janata Party) advocates for ultra-Hindu nationalism in the country. Freedom of speech has been curtailed, Muslims have been killed for accusations of eating beef, people with a right wing Hhindutva ideology have been promoted to educational and civic organisations in the country while others who are protesting are basically told to keep quiet or lose their jobs. And then Muslims, dalits, tribals and other groups who do not fit the Hindu Nationalist Imaginary have been marginalised.

Any dissent in India is suppressed on the ground that it is unpatriotic and “un-Indian”. India has always been a very patriotic country with Mother India being an important part of many Indians’ lives but under Modi’s government, this has been taken to the extreme. Being patriotic might not harmful but we know the harms of promoting an excessive ideology – apartheid comes to mind.

4. War against the poor
The economy under Modi has also worsened with the PM in fact leading a “war against the poor”, as it has been coined. In order to rapidly develop his country Modi has developed policies that have failed to help the ordinary Indian and have in fact worsened their situation. Make no mistake, Modi’s policies only benefit corporations. And while his acolytes argue that he brings economic prosperity, the statistics show that inequality has in fact worsened under Modi. South Africa has many problems and our economy is not in the best shape but we do not need to be making stronger relations with a leader who is seeking to develop at the expense of the poor and disadvantaged.

5. Kashmir
Kashmir has always been under the cosh, and the arrival of Modi has only made things worse.Â In the run-up to Modi’s visit to the Indian occupied-Kashmir last year, many pro-freedom activists were jailed and most residents were not allowed to leave their homes during the visit.

While the Indian state, in general, has been oppressive in its dealings with the people of Kashmir, Modi’s government, some have argued, has generated greater ill will. The Indian state has also recently attempted to create further discord with the introduction of land grabs for the Indian military and has also exploited communal relations in the region.

Modi might be viewed by many around the world and in South Africa as having made India a leader in international politics, but the route he has taken there has not been bloodless. The very tenets of India’s democracy have been threatened with the crackdown on free speech, protests, and increases in Islamophobia and repression. Modi is no hero, and South African civil society must take note of his chequered record before welcoming him with open arms.