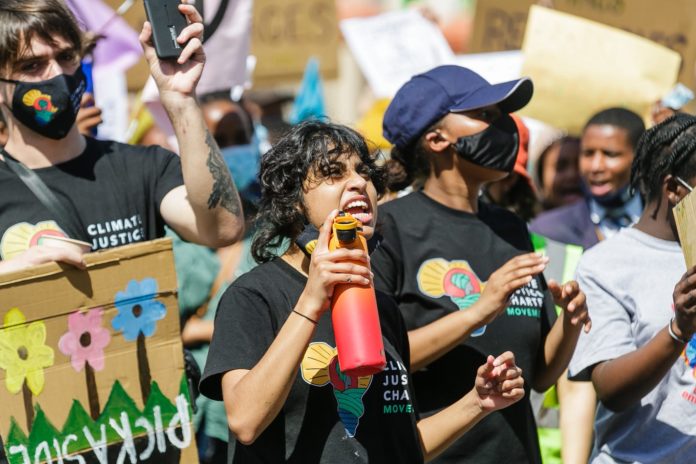 Raeesah Noor-Mahomed is a South African climate and intersectional activist who has been invited to attend the COP26 summit as an observer.The 2021 United Nations Climate Change Conference, also known as COP26, is scheduled to be held in the city of Glasgow, Scotland, between October 31 and November 12, 2021. The Daily Vox spoke to Raeesah about their potential journey to Glasgow and COP26.

How did you get invited to COP26?

I have a friend, Eric, in Kenya who reached out to numerous organisations and pushed for me to get a badge to go to COP26. He’s part of Fridays for Future, an international climate movement and will also be going to COP26. My potential journey to COP26 and my activism journey as a whole is very much a team effort. It’s never just me working on things. Everything I do has a whole team of people behind it because that’s what we do, we help each other.

What do you hope to achieve there?

If I go, I hope to network with other people, working as a unit and as a collective because this is our fight for our future. I hope to actively listen, to connect, mobilise and work on amplifying the voices of my fellow youth. I’d like to bring attention to the fact that other young people are excluded and many voices are left out.

How South Africa Can Prepare For Climate Change

Tell us about the crowdfunding

Getting to COP26 is difficult because it’s so expensive. There was an option for me to go as a government delegate but I’ve attended youth dialogues with the minister of environmental affairs and we have clashed. I’ve also done a school boycott to declare a climate emergency. I’m very public that I don’t like the department and the minister of environmental affairs. So my team and I decided that it’ll be hypocritical for me to go representing organisations I don’t agree with. I don’t believe in their values.

There’s something so powerful about the way people are coming together and really helping. It’s amazing to see and watch. So even if we did apply for the government delegate, the chances of me getting it are slim. My team and I figured that if we do crowdfunding, I’ll be going there not representing anyone. No strings attached. I’ll be going there to represent myself, not the South African youth or marginalised people.

You can support their campaign to get to COP26 by donating. All the details are listed below.