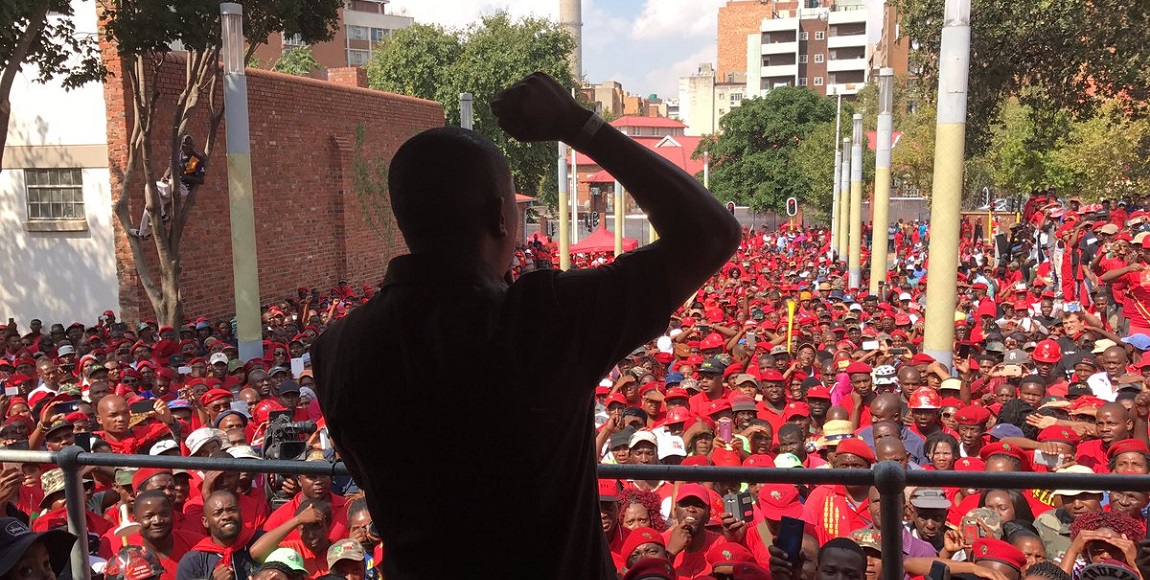 After Ecnomic Freedom Fighters commander-in-chief Julius Malema made controversial comments about Indian people during the party’s 4th anniversary celebrations in Durban on July 29, many have come out condemning him but by doing so, are we shutting down an important conversation that needs to be had?

Speaking in Durban, Malema told the crowd, “We also want to call upon our fellow Indians here in Natal to respect Africans. They are ill-treating them worse than Afrikaners will do. We don’t want that to continue here in Natal. This is not anti-Indian statement, it is the truth.” While condemnation has come from all sides, from political parties to convicted fraudsters, the EFF has since said that they will not apologise for the CIC’s comments.

Even Schabir Shaik got involved, calling Malema a “misinformed fool”. “I am disappointed in Malema and will not support his political agenda, as he is clearly causing dissension and division in our society. A true leader does the opposite,” he told News24.

By condemning Malemaâ€™s comments and indulging knee-jerk outrage, we are only doing ourselves a disservice. What Malema has done is raise an uncomfortable point that happens to be a reality for some, and â€“ while inflammatory for sure â€“ his comments deserve further engagement.

He isnâ€™t the first to raise these issues. Back in 2002, playwright Mbongeni Ngemaâ€™s song â€˜AmaNdiyaâ€™ (â€˜Indianâ€™) raised many of the same criticisms of Indians as Malema â€“ that they do not accept Africans as equals, are only interested in money, and are exploitative. The Broadcasting Complaints Commission banned the song from being publicly aired, saying it “promoted hate in sweeping, emotive language against Indians as a race”.

Historians Goolam Vahed and Ashwin Desai note in a 2010 study that despite the majority of Indian South Africans having indentured roots and shopkeepers making up a tenth of working Indians at present, â€œthe stereotype of the exploitative trader remains strong.â€

Given South Africaâ€™s history, itâ€™s difficult to ignore race in any context. It is disingenuous to dismiss conversations that broach the idea that perhaps there are alternatives to Rainbowism. The Minority Frontâ€™s Jonathen Annipen says, for example, that by making his utterances Malema was “trying very hard to frustrate the democratic gains of social cohesion and nation building and is deepening the divide between blacks and Indians.” This kind of thinking, as well as Shaikâ€™s comments, ignores the very prevalent reality of the deep disjointedness that continues to exist â€“ the very issue that must be dealt with before making window-dressing attempts at reconciliation. It is the same as immediately dismissing the #MenAreTrash movement with #NotAllMen â€“ it only takes away from the fact that there are structural issues at hand that are very prevalent, and very oppressive.

Tensions between Indian and black South Africans have existed throughout our history. Vahed and Desai show that the violent clashes that occurred between the two groups in KwaZulu-Natal were not easy for either side to forget, including three days of rioting in 1949 which left 142 people dead and 1 087 injured. The researchers say, â€œthis violent experience haunted Indo-Africans relations throughout the period of apartheid.â€ Despite the aspirational idea of non-racialism put forward since the end of apartheid, however, they note that â€œtension between Indian and African was a persistent feature of the landscape [of KwaZulu-Natal] and continues into the present.â€

During apartheid, Indians were subjugated by the white regime, but were still considered superior to coloured and black people. Although the state of things has supposedly changed, this mentality still exists in Indian communities today â€“ even among those from my generation, who were born after apartheid ended.

In a separate study, Vahed and Desai also highlighted how history often conceals the fact that even Mahatma Gandhi held rather racist views towards black people. “Gandhi believed in the Aryan brotherhood. This involved whites and Indians higher up than Africans on the civilised scale. To that extent he was a racist. To the extent that he wrote Africans out of history or was keen to join with whites in their subjugation he was a racist,” Desai told the BBC in 2015.

As South African Indian people, we often come from spaces where wilful ignorance is bred and racism is the norm. This doesnâ€™t mean that everyone is racist â€“ of course, we are generalising if we say that all Indians are racist towards black people. Malema himself highlighted what the issue is in his address: â€œIf you are Indian and you pay people well and respect your fellow human beingsâ€š donâ€™t worry.â€

It is a simple question of respect. Of treating fellow human beings with dignity, no matter what their race is. But it must be acknowledged that there is a lot of unlearning which needs to be done in the community, and a lot of racism that needs to be addressed before we move on to lovely terms like â€˜social cohesionâ€™ and â€˜nation building.â€™ I have witnessed firsthand the ways in which some Indian people mistreat black people. It deserves to be called out, and it needs to stop.

Nelisiwe Msomi recently wrote about her experiences as a black Muslim in South Africa, and the ways in which Indian Muslims mistreat her; â€œWe attend Muslim festivals to we can get spiritual upliftment. We go to the masjid to talk with our creator. But instead, these places have become toxic places to our well-being. Racism lurks in and selective Islamic principles become the norm of the day. [Someone tells me] â€˜You can only be a Muslim if you are married to a Bangladeshi or Pakistani man.â€™â€

It is worth noting that within the South African Indian community, there is huge class disparity. As Vahed and Desai note, â€œthe irony is that a poverty-stricken resident of Chatsworth and an affluent Houghton-ite are categorised under the all-inclusive label â€˜Indianâ€™.â€ Perhaps we also need to assess the fact that we allow middle-class Indians to hold the mic when it comes to narratives of Indian people in South Africa. Mistreatment of black people is a middle-class problem. It is irresponsible of Indian people to hang on to and yield power in that way.

Post-apartheid, there are countless uncomfortable questions of race and class that South Africans have to deal with. Perhaps by making the comments that he has on the platform that he has, Julius Malema has further paved the way for Indian people to confront some uncomfortable truths. Instead of outright rejecting his statements and typecasting him as a fool â€“ which can also be seen as racist â€“ letâ€™s hear him out. He may just have a point.