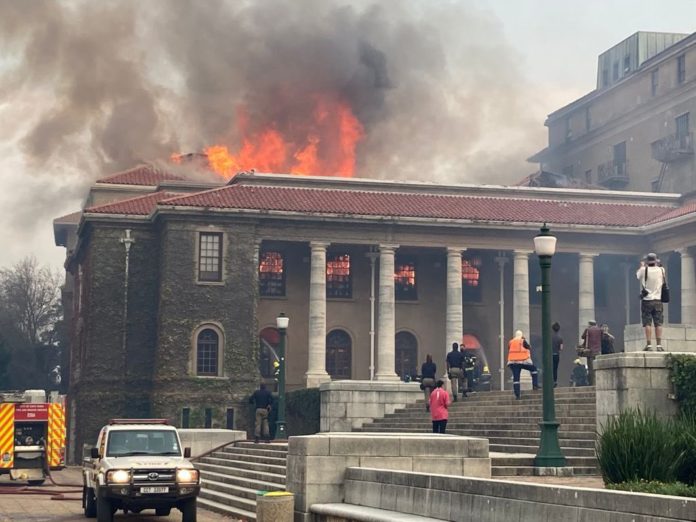 The University of Cape Town has been forced to further suspend its academic programme.

After an initial assessment of the damage caused by the wildfires over the weekend, Professor Mamokgethi Phakeng, UCT vice-chancellor announced that he university would remain closed until April 23.

In a statement to students, Phakeng said the need to assess the damages and the need to clean residences and academic buildings resulted in a further postponement of the academic programme. On April 21, the department of student affairs will manage the movement of students back to their residences from their emergency accommodation. Phakeng did not say what would happen to the students from the two residences which were most affected by the fire.

After the fire started on Sunday, students at UCT residences were evacuated and housed at various hotels across the city.

Phakeng said the academic programme would resume on April 26 with each faculty managing “the lost week” and the rescheduling of tests and assignments.

The fire which started on Sunday guttered the Rhodes Memorial restaurant. It then moved to the UCT campus where it severely damaged the Jagger library, the botany building and two residences. The fire has been 90% contained and firefighters are working to extinguish the rest and begin mop up operations.

The university has started an emergency fund for donations for students affected by the evacuations.

Read more: Cape Town wildfires: Here’s how you can help