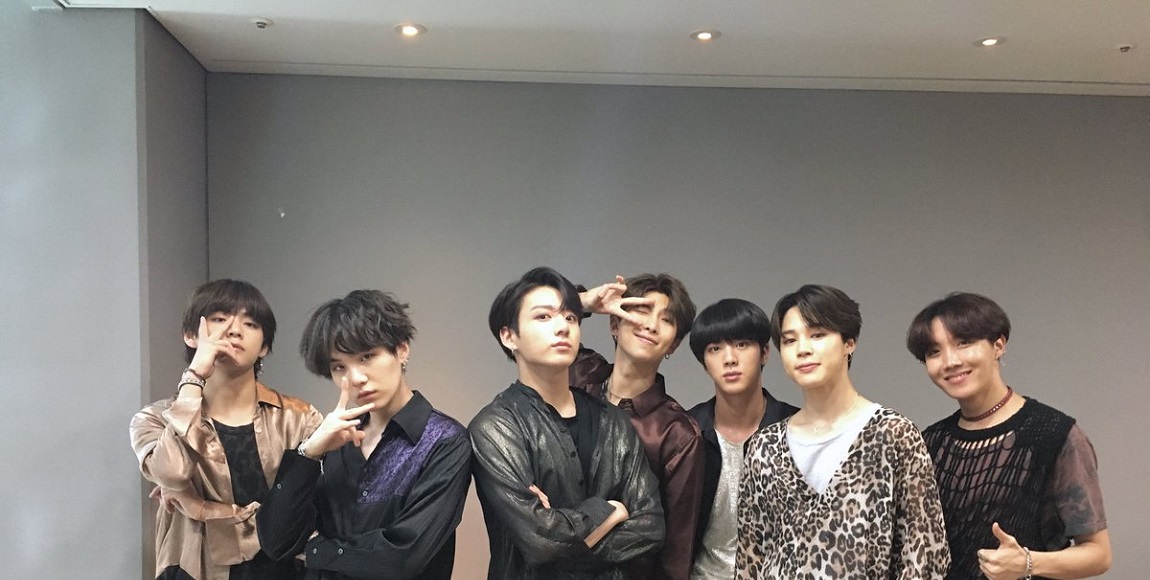 As Korean idol group, BTS (Bangtan Sonyeondan) dominates more and more headlines, there are important questions to ask about why their fans (known as ARMY) are so enamored with them. The Daily Vox’s resident BTS ARMY has covered a lot of BTS and K-pop content over the past six months. In celebration of their fifth anniversary on 12 June, SHAAZIA EBRAHIM and FATIMA MOOSA write about their journey becoming ARMY and what the group means to them.

Life in 2018 can be difficult. When there are more hatred, bigotry, and discrimination than love and hope in the world, it’s easy to feel like there’s no good out there. If ever we’re having a bad day or if we need a little pick me up, we know we can listen to a BTS song or watch a video or log on to social media and BTS has our backs. BTS manages to bring that smile to our face whether it’s their amazing vocals, dancing, goofy behaviour, or Seokjin’s window-washer laugh.

“The first piece of BTS content that I was ever exposed to was Cypher 4 in August last year. My friend Ndapwa had been trying to get me into K-pop and BTS for weeks and I never succumbed but because I like rap and hip hop, I actually enjoyed the Cyphers. I thought it was odd that I was listening to Korean rap but I listen to French rap and grime anyway so I went with it. Eventually I was curious to know who the artists behind the Cyphers were and I Googled BTS. I was so shocked because I had imagined these masc Korean boys but instead they were soft, wore jewellery and makeup, and had multicoloured hair. The first music video I watched was Fire and after that I was hooked.” – Shaazia Ebrahim

“It was September 2017 and for almost the entire day fellow ARMY, Shaazia and Ndapwa spent it talking about these Korean boys. Ndapwa was actually testing Shaazia on each of the members and they insisted that I have to check out them out. Firstly, I was really confused as to why Ndapwa was testing Shaazia about the members but also super intrigued. So that day I went home and turned to YouTube, and if you had to speak to many ARMY, they would say they went to the internet and the rest is history. I watched a single interview they had did with People and I was hooked. The first video that I ever watched of the group was Blood, Sweat and Tears which personally I think is one of the best pieces of art to ever exist in the world. It is pure perfection.”- Fatima Moosa

However, what started off as intrigue and curiosity at the group and their music soon turned into a full-on investigation regarding every single thing about the group. We managed to learn all of the members and who they were. We only wished we had been so diligent in academia. A lot of family and friends who can’t seem to understand why we like “Korean music” reduce the BTS experience to just their music. Their music is a big part of why they so popular but that doesn’t tell us half of the picture about them. All of the members of the group are extremely talented whether it be in rapping, singing and dancing, and all-round performing. They are one of the best performers in the world of music at the moment.

Listening to BTS is not just about enjoying their music, it’s about taking in the lyrics of what they are singing about. For international ARMY, this means googling the lyrics and researching what they are saying but once you do that it is like discovering a whole other world. While most songs the world over deal with love, breakup, and makeups, – which are no less important – BTS uses their platform to speak to social issues. From their very first song “No More Dream” to “Paradise” from the latest album, BTS has been tackling societal problems and pressures facing young people, in particular, but which can reflect the experiences of people generally.

One of the most profound things we have internalised from BTS is something Min Yoongi has said which is you don’t have to have a dream, you just have to be happy. Yoongi said this at a time when we were confused about the direction our lives were taking and hearing those words just meant so much. When BTS talks about being happy and not having a dream, they don’t mean people should have aspirations and goals. They mean young people shouldn’t follow what their parents and societies say they should do. Instead, they say we should do what makes us happy. It was so beautiful for a music group to sing about happiness, to say it’s okay if you don’t have a dream or ambitions because being happy is a goal too. In the capitalist world we live in, where success is measured by money and career and positions, it felt like a relief to listen to someone say happiness is a valid measure of success too, regardless of where your happiness lies.

Even though we started liking BTS because of their music, it isn’t the reason we call ourselves ARMY. We listen to loads of music but don’t feel personally invested in the artists’ health and well-being and success. Perhaps their message reaches large audiences because of who they are. Being international stars it is understandable that they don’t show us everything about their lives and it would impossible for fans to know who they are when the cameras are not rolling. The members are very close to each other and their personalities – or at least the sides of their personalities we saw on Bangtan Bombs, V Lives, interviews, performances, and social media – got us hooked. Their relationship with each other: the way they could laugh, cry, and argue with each other felt so sincere to us. They talk about loneliness, how they struggle with expectations, the need to succeed and staying true to themselves. All of this lends itself to its relatability. Fans might not be travelling the world, winning awards and performing concerts but to see their struggles and what they do to overcome it helps fans connect with them in a way which few stars do.

We’d never seen men being able to relate to each other so comfortably, because the masculinity we’re exposed to is a toxic masculinity where men are “strong” and don’t show emotion or their love for each other.

Obviously they’re all ridiculously beautiful too so there’s that, we’re in awe of their aesthetics.

BTS spreads the message of loving yourself. This is profound in a time where the internet and the real world can be toxic and young people constantly feel under pressure to conform and fit in with what society deems as the norm. The group manages to speak about all this without coming off as preachy and condescending.

BTS seems so grateful and indebted to their fans. It’s probably an East Asian or Korean thing to behave almost deferentially to their fans but there’s something so attractive about talented, influential and powerful people being so humble and thankful to their fans. It makes you as a fan feels valued, that your stanning efforts are not in vain.

With BTS we understood what it’s like to be part of a fandom. It’s easy to scoff at fan culture and reduce fandoms to childish and insignificant or as addiction to the internet but it’s so much more than that. People from all over the world from different backgrounds and cultures and languages are banded together by our love for seven Korean boys in a music group and we think that’s so beautiful.

There’s a sense of belonging and identity that is created among people who love BTS. It’s like your individuality and your differences become insignificant as you give yourself up to something that’s greater than you. But there’s also a celebration of differences because there’s a Desi ARMY and a black ARMY and an LGBT ARMY so you can still express your identity within the fandom.

A fandom is a place where you can be yourself. Fandoms are about creating a space to be accepted and be part of something greater and that’s why when BTS tells us you’ll never walk alone, we feel that message deep inside.

11 Reasons You Should Stan BTS
Redefining masculinity the BTS way
Hixtape is the lituation we never deserved
6 K-pop groups that are a must listen
Here’s Why BTS Has Such A Strong ARMY In SA
EXO Inspires South African EXO-Ls To Give Back
All The Words You Need To Know To Join A K-Pop Fandom
K-Pop Idols And Blackface: It’s Not Okay!
Extreme Pressures And Fetishisation: The K-Pop Industry Can Be Toxic
Presenting BTS: What You Need To Know About Each Member
SA ARMY Put Up A Billboard To Celebrate BTS’s Five-Year Anniversary