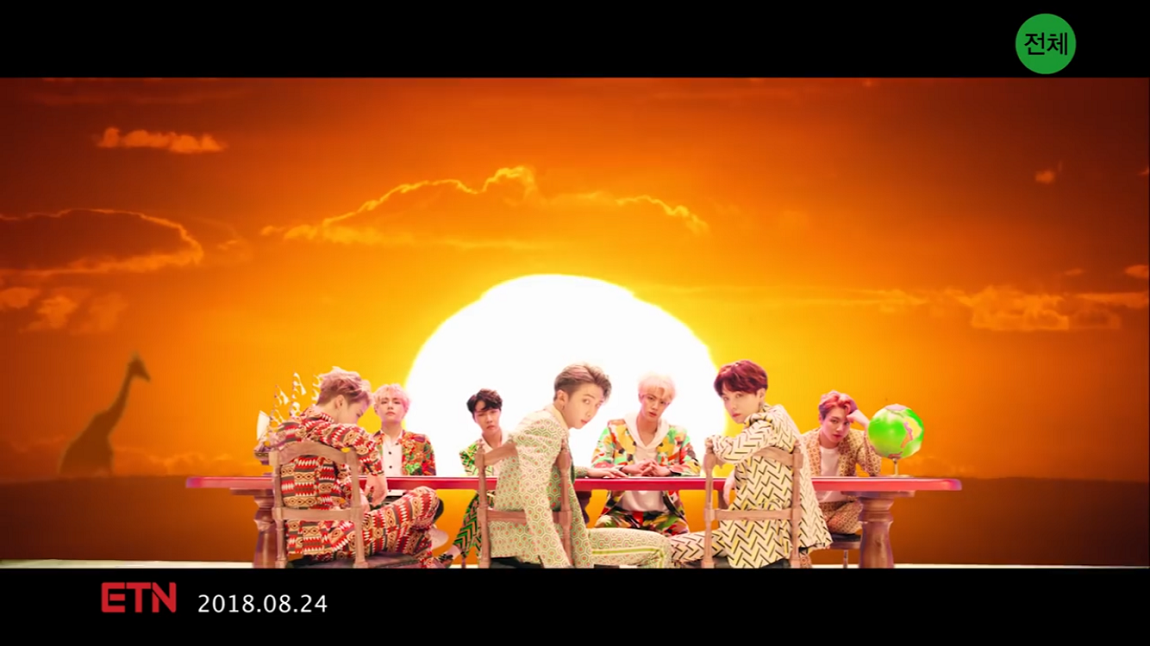 “You can’t stop me lovin’ myself,” BTS sing in their single Idol that dropped on August 24. ARMY were beside themselves in anticipation for weeks, and the answer has finally revealed itself. Bangtan Sonyeondan made their much anticipated comeback with repackage album Love Yourself: Answer. This album marks the end of the Love Yourself series. The release coincided with the release of the music video for Idol. It’s safe to say, ARMYs were shook, including The Daily Vox’s resident ARMY SHAAZIA EBRAHIM and FATIMA MOOSA.

The music video of Idol is a colourful mess of light and happiness. The darker themes of Love Yourself Tear are nowhere to be found. The video is filled with technicolor. It is an over the top journey with Lion King vibes through the African jungle with scenes of giraffes, under the sea scenes in coral reef. Of course there are Korean scenes where the group is seen wearing a modern realisation of traditional Korean hanboks. (Let’s not get started on how beautiful the boys look in hanboks!) Viewers do not even have a moment to collect ourselves before the video switches to another scene.

And of course, the boys look as styling as usual with their soft candy-coloured hair and bright, printed get-ups.

The song Idol itself is a triumphant celebration of loving yourself. It’s upbeat and vibey and makes you want to get off your seat and start dancing. It’s very likely that this track will be stuck in your head from the moment you listen to it. It’s a catchy, pop-filled, dance extravaganza.

Even before the album was released, South African fans were deep in their feels about the album. Releasing the description of Idol, the title track, BTS entertainment company, BigHit Entertainment said the song is a South African dance style song. It was described as a having a South African beat with Korean traditional music and chorus overlapping, and the rap of the trap groove supported by the trendy electronic dance music source.

During an interview earlier in 2018, the head of BigHit, Bang Shi Hyuk revealed that he had bought and listened to a lot of South African music. He mentioned that with shifting trends in global music, South African dance music was on-trend right now. Shi Hyuk really does know what is up.

As South African ARMY, we can safely say this was a great decision. Idol is a certified bop. Idol fuses EDM elements with subtle South African gqom (a style of South African house) vibes. It makes you want to get up and show your most lit vosho dance moves.

Just hours before the album was dropped, the group also announced that the album would include a special digital single with American rapper Nicki Minaj. A few weeks ago one of the members shared Minaj’s latest album on Twitter leading to the rapper following the group on social media. This led many BTS fans to assume that there was a possible collaboration happening between the pair.

The album features a full length version of Mic Drop which the group collaborated on with DJ Steve Aoki and rapper, Desiigner. The rest of the album is pure fire as well with solos from the rapline as well and full length versions of songs from previous albums.

The album comeback began with the release of the comeback trailer, Epiphany which featured one of the vocalists from the group, Jin. The comeback trailer strongly hinted that the direction the album was taking itself was the answer to what it means to love yourself.

The entire Love Yourself series has been an exploration of what it means to love yourself. It started with the idea that love can be found with another person. The series then revealed that if you cannot show yourself completely to another person then that love can turn toxic. After that, the group explored loving yourself and overcoming your insecurities and fears. Finally now with Idol, the answer has been revealed. BTS are telling themselves and fans that no matter the world wants to throw them, no one should be able to stop them from loving themselves. Those vibes are clearly visible from the lyrics of the song and the video.

Even if you’re not a K-pop or BTS fan, if you’re South African you have to give this one a listen. Let us know what you think. Tweet us @thedailyvox.

Check out the rest of our K-pop coverage below:
11 Reasons You Should Stan BTS
Redefining masculinity the BTS way
Hereâ€™s Why BTS Has Such A Strong ARMY In SA
All The Words You Need To Know To Join A K-Pop Fandom
Presenting BTS: What You Need To Know About Each Member
What It Means To Be Part Of BTS ARMY
True Love Is Loving Yourself, BTS Tells Fans 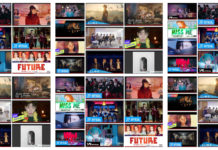 20 K-pop songs to jam through the holidays