Home Pop Culture “Busiswa: An Unbreakable Story” is a doccie about the rise of a...
WhatsApp
Facebook
Twitter
Email
Print 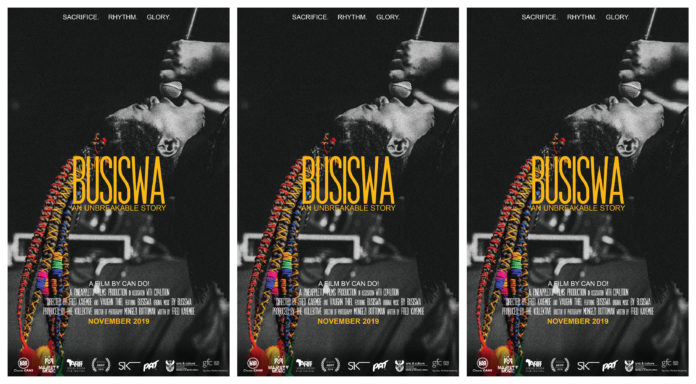 The documentary “Busiswa: An Unbreakable Story” narrated by Busiswa Gqulu is an inside look into the singer-songwriter and poet’s life. Gqulu takes us on a journey from her childhood to her rise to one of South Africa’s most popular singers.

on DJ Zinhle’s 2012 runaway hit My Name Is. After recording the hit track, Gqulu signed with Kalawa Jazmee records. She has released a string of hit singles before releasing her debut album, Highly Flavoured in 2017. In 2018 she released her Summer Life album, and then Beyoncé came knocking to collaborate.

In the documentary, Gqulu speaks about how she came to feature on a track that featured in The Lion King: The Gift, an album curated by Beyoncé. After the release of  the documentary, Gqulu released her third album, My side of the story in 2020. Gqulu has swerved between poetry and a variety of South African music genres for over a decade.

The documentary on Showmax provides insight into Gqulu’s life, and the road she walked to success and fame. The documentary narrated by Gqulu is under 40 minutes. The saving grace is that Busiswa narrates it herself. It is instantly relatable as soon as she starts talking directly into the camera. Some depth is missing as it goes over many challenging topics swiftly. However, it might have been meant to be that way. Perhaps Gqulu was guarding herself from the public gaze.

The documentary begins with Gqulu speaking about her childhood and the dual loss of her mother and grandmother. “My grandmother was an affirming voice in my life,” Gqulu said.

Gqulu was born in Mthatha, Eastern Cape in 1988. She moved to Durban as a child with her father and siblings when he got married. Following his divorce and threats of moving her back to Umtata, she stayed in Durban to finish her schooling. Some of her former teachers rallied to get her a place to stay,and she ended up living in boarding houses in Wentworth, Durban.

She tearfully recalls the prejudice she faced in the coloured township at the time, while walking through the street she used to live in. Gqulu became the first Black woman winner of a public speaking competition in Kwazulu-Natal, a former teacher at Mowat Park High School mentions in the doccie.

The documentary also focuses on Gqulu’s 12 year friendship with fellow artist Moonchild Sanelly. The pair spent a lot of their time at the Bat Center in Durban which is a hub for artists and creatives. “Anyone from Durban is a pioneer and an original. This is the university of authenticity,” Sanelly said.

The doccie also shows how Gqulu was forced to drop out of university after her funding application was rejected. She ended up doing odd jobs like hairdressing and waitressing to make ends meet. Focusing on her art, she eventually started putting her poetry to the beat in local studios.

DJ Maphorisa and DJ Oskido heard her voice, and wanted to record it immediately. Out of the blue, she received a flight booking notification to go to Johannesburg to record. This culminated in the hit My Name is.The documentary also shows Gqulu speaking about leaving her abusive ex-partner, and her focus on raising her son. She speaks about how she is trying to raise him with better gender roles.

The respect and love from DJ Oskido, a co-founder of Kalawa Jazmee records, is so genuine as he speaks about Gqulu. He calls her lyrically gifted with presence.

There are so many more highlights to watch out for. It is difficult to reconcile someone so young with so many difficult life experiences. Gqulu manages to keep your attention with her relatability, softness, and honesty. She is immensely talented, authentic, delicate and assertive.

It feels so concise and to the point showing that Gqulu is someone who likes to keep things moving in her journey. The documentary is filled with cameos by other South African artists like Lady Zamar, DJ Zinhle, and Shekhinah.

The only critique is that the documentary was too short. It felt rushed, and each interview segment was too short. But at the heart of it, it is a story about the friendship between Gqulu and Sanelly. It is a reminder of the support system women in South Africa have created for themselves. It is a love note to how matriarchal South African society really is; nurturing and loving. The documentary is also further proof that South African music, art, pop culture and its creatives need to be documented regularly and visually.

Busiswa reminds us she will not cater to the status quo of the South African music industry which is male dominated. “I will always put women first in my music,” Gqulu said.

Busiswa “an unbreakable story” is available to stream on Showmax.