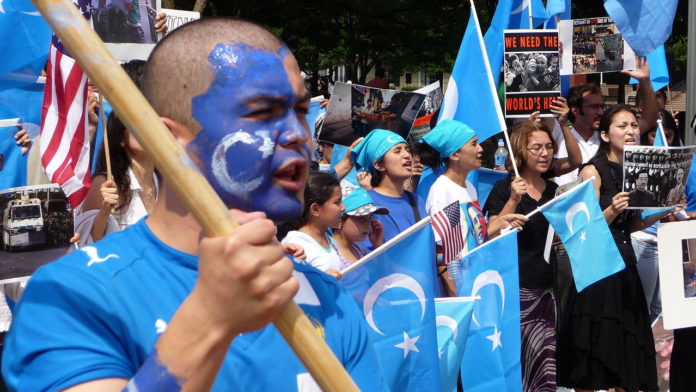 Lay Zhang, Jackson Wang and Wang Yibo are three well-known celebrities from China and Hong Kong. But in March, the trio made headlines for something other than their acting and singing. They are part of a group of more than 30 celebrities who cut ties with major Western brands in just 48 hours. Why? It’s all about cotton, capitalism and human rights.

Last year, Adidas, Calvin Klein, Converse, Nike and H&M were among those listed in a report published in 2020 which detailed their ties to China’s Xinjiang region, which is one of the world’s biggest cotton producers. The region is in the spotlight because of reports of forced labour and discrimination against minorities there. These companies, and several others, have since announced they would be halting the use of Xinjiang cotton. H&M said in a statement, also in 2020, that it was “deeply concerned by reports from civil society organizations and media that include accusations of forced labor and discrimination of ethnoreligious minorities”. The retailer later retracted its statement on the matter from the main page of its website. This issue resurfaced in recent weeks after the Chinese government and some celebrities reacted angrily to the US, the United Kingdom and Canada sanctioning several Xinjiang officials for alleged abuses in the region.

Who are the stars ending their contracts

Lay Zhang, the singer from EXO, has been the face of Calvin Klein and Converse for the past few years. He took to Chinese social media platform Weibo to announce he had terminated his contract with both brands as they could not reach an agreement on the Xinjiang cotton issue. Zhang’s former EXO bandmate Huang Zitao ended his partnership with Lacoste. Jackson Wang, a singer from GOT7 who is from Hong Kong, cancelled his contract with Adidas. His statement, also posted on Weibo, said: “The country’s interests are above everything else, and the studio and Mr. Jackson Wang is strictly against all malicious acts that defame and slander China.” Singer Victoria Song from f(x) cut ties with H&M, for whom she has styled, designed and modelled clothes. Her studio said: “The country’s interests are more important than anything else. We are firmly counteracting all stigmatization against China, and firmly disagree with using this (sic) kind of business strategies to defame and slander the country and its citizens.” The Untamed star Wang Yibo ended his promotional partnership with Nike, also releasing a statement that basically stated “China first”.

Why is Xinjiang cotton a cause for concern?

The Xinjiang region in China is one of the world’s top cotton-producing areas. Many Western brands use the cotton produced there. Recently, human rights groups and international organisations like the United Nations (UN) have warned that the region’s cotton is being produced by the Muslim minority Uighurs (also spelled as “Uyghur”), who are being persecuted and conscripted for forced labour. Millions of the Uighur people live in Xinjiang. There have been reports that the Uighurs have been detained at camps from which allegations of torture, forced labour and sexual abuse have emerged. The Chinese government has completely denied these claims, calling the camps “re-education” facilities designed to lift Uighurs out of poverty.

Beijing’s UN ambassador, Zhang Jun, told the UN that the mass detention of Turkic Muslims in Xinjiang was vital for the global fight against terrorism. Zhang said the reports of human rights violations were all “lies and rumours”. To date, Beijing has refused to allow the UN and other organisations to visit these camps.

Is it only the government and celebrities leading the boycott of Western brands?

There was massive outrage in China around the statements from the Western brands. While brands like Nike and Adidas have attracted criticism from Chinese consumers, H&M seems to have received the biggest share of unhappiness. H&M stores have disappeared from Apple Maps and Baidu Maps searches, and the retailer has been removed from Chinese e-commerce platforms. Many stores were also closed. More than 32 million people posted on Weibo with the hashtag “I support Xinjiang cotton”. A video published by the China Global Television Network featured a woman who said: “China’s power is growing. The quality of our national brands will also get better.” Consumer boycotts in China against foreign brands have been increasing over the past few years.

How do Western fans of the Chinese stars feel?

Some fans took to social media to express their disappointment in the stars’ actions.

However, other netizens have suggested the celebrities might not have had a choice. It seems some celebrities spoke out due to genuine support of China while others couldn’t afford to remain silent amid the intense public scrutiny. Celebrities from China, Hong Kong and Taiwan who have spoken out against the Beijing government or do not conform to its policies have often found themselves blacklisted and barred from the mainland Chinese market.