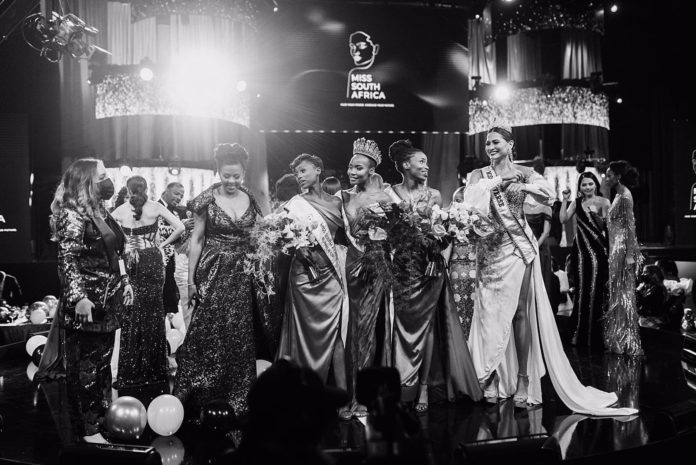 South Africa’s ministry of arts and culture is the latest to pressurise the Miss South Africa Organisation. They withdrew their support for Miss SA Lalela Mswane competing in the Miss Universe. This is because Miss SA has refused to withdraw from the competition taking place in Israel.

Special Editorial: We Aren’t Shy To Take A Position On Palestine

Boycotts seldom work, but rather forego the opportunity of creating of conversations to help build bridges. The upcoming Miss Universe pageant provides an excellent opportunity to preach peace between Israel and Palestine on the international stage. Why should we keep quiet when we have a choice of speaking?

It is quite bizarre that it is on this issue that minister of sports, arts, and culture, Nathi Mthethwa has decided to resurface, after being missing in action for more than 18 months. Artists have been going hungry before the eyes of the minister, yet he has done nothing to ameliorate their plight. Apparently, the only time this minister is willing to do his job is when he is sending out condolence or congratulatory messages or when an opportunity arises to advance his nefarious anti-Israel agenda.

At its 54th national conference in 2017, the African National Congress (ANC) resolved to downgrade the status of the Israeli embassy. This decision did not do anything for the Palestinian people. Instead, it amounted to South Africa foregoing a golden opportunity to play a mediatory role that could help to bring peace through a dialogue that includes both warring sides. The tactics to isolate Israel from the rest of the world are not going to bring about stability or peace in the Middle East. What could do so is to ensure that Israel and Palestine agree to peacefully coexist side by side.

For many South Africans, the word “apartheid” carries a different meaning and considerable weight than those who are using it to refer to Israel. To the South Africans who were directly affected by Apartheid, it completely means something distinct. The actions of the Israeli government and military cannot be equated to Apartheid. It is perplexing that Israel is being labelled an Apartheid state when Arabs and black people are represented in government (parliament, military, courts etc), opportunities accessible to everyone. How can it be Apartheid when it is not a system based on racial discrimination?

What could be said about Israel is the continuing land occupation (West Bank) which has lasted for many decades. Many Israelis are not proud of that and are willing to encourage their government to create conversation and talk about these issues. They believe, as does the majority of the world’s nations, that the only viable solution to the political impasse between Israel and Palestine is the creation of a two-state reality.

The purpose of this article, however, is to focus on Miss SA at the Miss Universe pageant, not provide a history lecture on Israel and Palestine.

There will be more than 70 countries participating in this prestigious world event. By not being part of more than half of the world’s countries is a serious blunder for South Africa. There are many countries in the world that are far worse than Israel when it comes to the preservation and observation of human rights. Our neighbours, the Zimbabweans, have been crying out for help for more than two decades, yet these cries have clearly fallen on deaf’s ears. Despite human rights violations in that country, we are still their primary trade partner.

When our country is supposed to show solidarity whenever racism rears its ugly head in the USA, everybody keeps quiet. Violent racism against black people is well documented in the USA but South Africa hasn’t raised concerns or taken any action the way they are doing with Israel. Why not?

Concerning Russia, we often hear, read and see how opposition views or opponent leaders are repressed. Russia under Vladimir Putin is under oligarchs rule. It has ensured, for example, that opposition leader Alexey Navalny is prevented from pursuing his political course in a true democratic spirit. Instead, he reportedly poisoned by the government.

Saudi Arabia, Syria, Myanmar, Venezuela, South Sudan, Libya, Iran and Cambodia are among the worst countries when it comes to violating the human rights of their own people. Despite this, South Africa does not have any problem with any of them. There seems instead to be an unhealthy obsession with Israel.

Sudan: How Saudi Arabia Is Helping Military Crackdowns On Protests

South Africa’s decision to isolate Israel is not a wise move. It means for a start that it is failing to assume its mediatory role and help to restore calm and normality between the two peoples.

Minister Mthethwa’s claim that his decision was made for the people of South Africa in good faith is not true. The public has never been consulted to hear dissenting views. Rather, the minister appears to be hell-bent on pursuing the short-sighted boycott resolution that his party recommended during their last conference, regardless of whether this is the best interests of Palestinians, Israelis or even South Africa itself.

Kenneth Mokgatlhe is an independent writer.