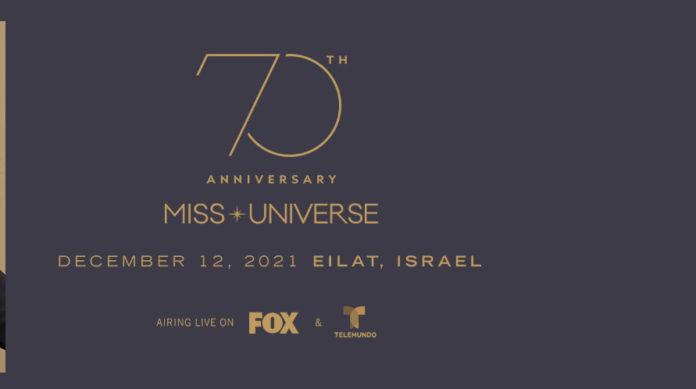 In South Africa, there has been a lot of attention on the Miss Universe pageant set to happen in Israel. There have been calls for a boycott of the event by the reigning Miss SA. However, the bigger question is why the event is happening in Israel at all.

There have been calls from Palestinian solidarity groups for Miss SA, Lalela Mswane to not attend the event. However, despite these calls, the Miss SA Organisation said: “Miss South Africa, Lalela Mswane, will represent South Africa at the Miss Universe competition, held this year in the picturesque Israeli resort town, Eilat, on 13th December.” The South African government has withdrawn their support for Miss SA’s participation in the event. The government said: “This has regrettably been unsuccessful, hence the decision now to publicly distance Government and the people of South Africa from Miss SA pageant organiser’s stance on this matter.”

Given South Africa’s history of being under the apartheid system, it is completely understandable that many people including the government are against this decision. More than that, there is the over 70 years of occupation and apartheid that the people of Palestine have been living under. The combination of South Africa’s history and the strong solidarity between South Africa and Palestine are reason enough for the response.

A lot can be said and has been said about the reaction from Mswane and the Miss SA Organisation. However, the bigger question begs: why is the event being held in Israel anyway?

The Palestine issue does not only concern South Africa who has a history of apartheid. Miss Malaysia and Miss Indonesia are two participants who have reportedly withdrawn from the competition. However, the Palestine issue is not only any issue that affects Muslim people and Muslim countries. It is one of the biggest humanitarian issues of the 21st century world.

According to the Miss Universe website, the pageant’s advocacy is “humanitarian issues and is a voice to affect positive change in the world”. In that case, how can the pageant be held in a “country” that is committing major humanitarian crimes and human rights violations. According to a report by Variety, Israel has been leading in vaccinations for COVID-19 which has allowed them to stage the event. Currently around 26% of Palestinians living under occupation have been vaccinated. In comparison, around 62% of Israelis have been vaccinated. This huge disparity is just one of the many ways in which the apartheid system operates against the people of Palestine.

Then there is the theme for this year’s Miss Universe. Variety mentioned that the pageant will focus on climate change among other global issues faced by participants and their countries. This theme moots the point that the Miss Universe and by extension the Miss SA pageant and any other pageants are not political. Climate change and “other global issues” are all political in nature. There is no escaping that.

Then there is the climate change issue and the hosts of the pageant. Extensive studies and reports have been released showing the dire environmental effects of the occupation. Research by Michael Mason showed the military occupation is already exacerbating climate-related resource shortages for Palestinians in the West Bank, Gaza Strip, and Golan Heights. Palestinians living in Gaza already face a lack of drinkable water. Explosives and bombs dropped on Gaza during the various assaults by the Israeli army have damaged the soil. The Israeli army has uprooted and burned hundreds of thousands of olive trees. This has been to build illegal settlements as deemed illegal by the United Nations Security Council Resolution 2334 of 2016.

A conversation can be had around the politics of beauty pageants. After all, until 1996 until 2015, the pageant was owned by Donald Trump. There is the prohibitive cost of participating in the event which has excluded countries like Mozambique.

However, at this present moment, the biggest issue is that Miss Universe aside, no cultural, sports and political events should be held in Israel. A “country” that continues to steal land for illegal settlements, hold over two million people in the world’s largest open-air prison and illegally occupy Palestinian people.

The atrocities committed by Israelis against Palestinians are well-documented. There needs to be an international condemnation and ending of normalisation whether it’s a beauty pageant or anything else.

Palestine: Lessons for activists and antagonists