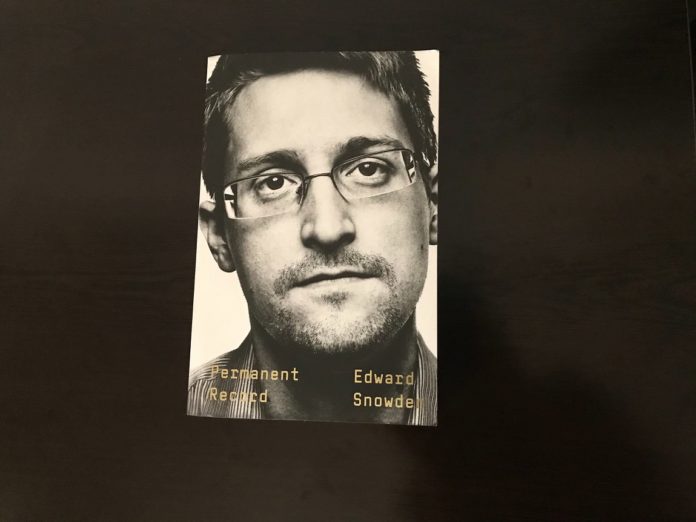 “Uh, my name is Ed Snowden. I’m, ah, twenty-nine years old.” Hello, world.” With those words, Edward Snowden revealed himself to the world. In a video posted by The Guardian on June 9, 2013, he claimed sole responsibility for revealing information about mass surveillance taking place by governments. This video marked a complete upturning of Snowden’s life. A few days later he was charged with espionage by the American government, and became a fugitive.

Snowden is probably one of the most famous whistleblowers in the world. He was the person who revealed some of the most dangerous secrets from the most powerful country in the world, in terms of intelligence and military capabilities. As a result of his actions, he fled the United States of America to go and live in Russia. Snowden is high on the wanted list in America and if captured is likely to face many years in detention. Snowden’s crime according to the American government: collecting secret intelligence documents and handing them over to journalists. Those documents were vetted by journalists and then published.

Still living in exile, Snowden has now penned a book about what prompted his decision in 2013 to reveal those documents to the media, and in turn, have them released into the public space.

Permanent Record is Snowden’s in-depth look at his childhood and his fascination with computers and information. It reveals the man behind all the information overloads that have filtered through the internet and media since the revelations. It goes into his upbringing and how all of that led to his decisions.

The book is not all serious. There are moments of lightheadedness. A particular story that sticks out is about his romantic life. Snowden speaks about meeting Lindsay Mills who would later become his wife. The pair met through one of the first iterations of dating websites, where users would rate each other. When he made the decision to become a whistleblower, he doesn’t tell Mills of his plan and she is made to think he’s disappeared. Snowden was quite afraid she wouldn’t forgive him. She later comes to Russia, forgiving him for his actions. And the pair got married a few years ago.

“The first thing I ever hacked was bedtime,” says Snowden in the first chapter of his book. Snowden guides the reader through his first encounters with the internet, being part of the generation who lived in a time where the internet didn’t exist. He then goes through his schooling, and eventually finds himself deep within American intelligence and in charge of dangerous systems.

It was his childhood fascination that led him to the Central Intelligence Network (CIA). He traces how he eventually found himself in the position of creating a mass surveillance network to spy on people around the world. In the book, Snowden reveals how he helped to build and then later expose this system.

In June 2013, Snowden flew to Hong Kong. While there he revealed thousands of classified National Security Agency (NSA) documents to journalists Glenn Greenwald, Laura Poitras, and Ewen MacAskill. Soon after stories around the mass surveillance being carried out by the American and British governments on their citizens were published in The Guardian, the Washington Post, and Der Spiegel.

After all this information was shared with the world, the American government used all their power and intelligence available to them to find out who was the source. It was at this point that Snowden mentions in the book that he knew he had to come forward. Snowden has worked intimately for the organisation. He knew how the NSA and Central Intelligence Agency (CIA) and all its branches worked. He knew what fate awaited him but he also knew he had to reveal himself.

The book was published in America on 17 September 2019. This is the day celebrated as Constitution Day in America which marks the adoption of the constitution. This is a date of significance to Snowden in the book.  On the day it was published, the US department of justice filed a lawsuit against Snowden saying he breached nondisclosure agreements signed with the American government. They have reportedly seized the proceeds from the book sales.

Agree with Snowden or disagree with him, the book is an important read. In the years following his revelations and his subsequent escape to Russia, Snowden has been called a number of things including “Russian spy”, “traitor” amongst other things. However, there is no denying the seriousness of government surveillance which affects all citizens, especially anyone who uses the internet.

Even in South Africa, the government has been accused and found to have spied on its citizens. Just days before Permanent Record was released, the South Gauteng High Court found that parts of the Regulation of Interception of Communications and Provision of Communication Related Information (Rica) Act were unconstitutional. This was after it was discovered that investigative journalists were under state surveillance under Rica.

And it’s not only journalists who are at risk with reports showing that the law makes it very easy for the South African government to spy on citizens. There has also been increasing surveillance in public spaces through the cameras being installed. All of this shows the huge threat that mass surveillance from the government and other institutions pose to the general public.

For that reason, and for a good behind-the-scenes story, Permanent Record is a definite recommended read.

Permanent Record is published by Pan Macmillan in South Africa. It is available online and in all good bookstores.