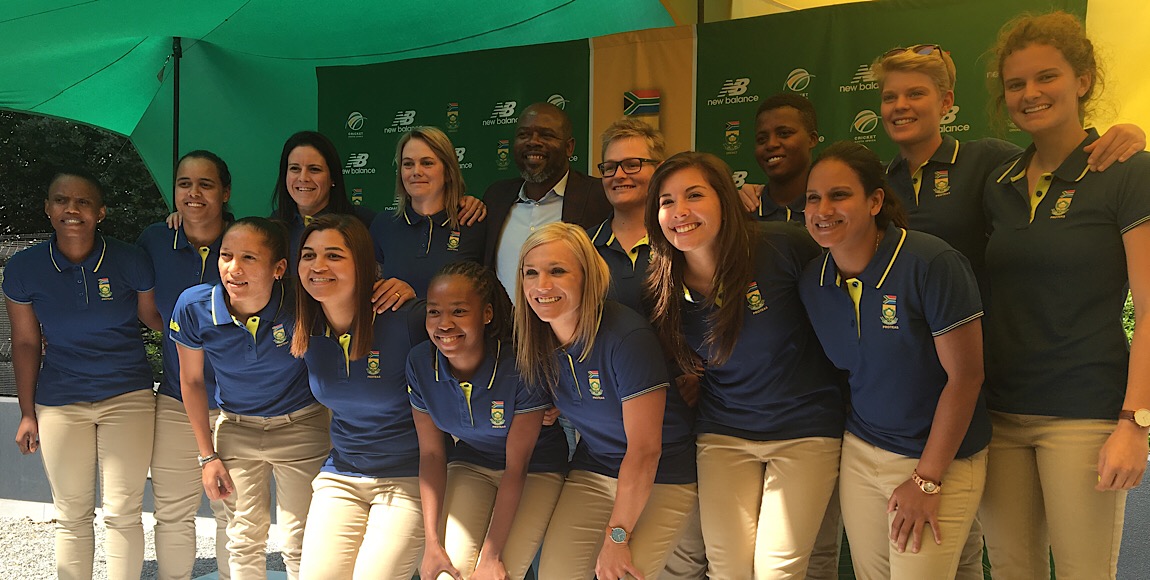 The Proteas Women are going to West Indies for the International Cricket Council (ICC) Women’s T20 World Cup. The tournament – taking place from November 9 to 24 – brings together the best of women’s cricket, battling it out for the trophy. After the disappointment of the 2017 Women’s World Cup where the Proteas lost in the semi-finals, the team are more determined than ever to bring home a trophy.

The Proteas lost at the Women’s World Cup and they cried. So what?

It was a beautiful surprise Cricket South Africa (CSA) planned for the Proteas Women’s team as their official send-off before the World T20 Cup. The road outside the CSA Head Office was lined with supporters of the team – waving flags and cheering for the team. TA welcoming guard of honour and a marimba band topped off the great atmosphere. It was all a plan emcee, Kass Naidoo said to send off the team in style. And it truly was a heartwarming sight.

The Proteas Women have been consistently performing at some of the highest levels amongst all national squads in South Africa – men or women. They have reached semi-finals in major tournaments, won international matches and individuals players have racked up all of the awards.This month will be first time ever that the Cricket SA online magazine will be graced with an all-women cover featuring superstar captain Dané Van Niekerk along with batter Chloe Bush Tyron and bowler Ayabonga Khaka.

Coach Hilton Moreeng – who no doubt has a lot of pressure- said the team is going to treat ever game as a final and make sure to play well as a team. “There is a lot of experience in the team and once we get there to the semi-finals; you never know what’s going to happen. We love and welcome the support and every player is going to try to bring the trophy home.”

With most women’s sport in South Africa, they have faced as much challenges as they have had successes. Women’s cricket is still not a professional support – although the CSA CEO, Thabang Moroe said they are working to change that. The team head to the Caribbean without a title sponsor – Momentum ended their deal with team citing financial concerns.

All of these challenges might seem insurmountable but looking at the depth and character of the squad representing the team, it’s easy to understand why the team has not crumbled – where others might have. One of the best South Africa bowlers Shabnim Ismail said she is so excited for the tournament and definitely wants to bring home the trophy, “My personal goals is always to become top 3 but obviously for me to do well for the team will be great.”

Shabnim Ismail Is Aiming For The Top

“A bit more personal goal is come home with a few woman of the match awards,” said Suné Luus. She says the support for the team has really grown – and the team wouldn’t have the profile it has without that support.

Four academy players have been added to the team and while they might not get as much playing time as the other senior players, they are just excited to be a part of the team. Tumise Khukhune said, “My personal goals is to play my best and even if I don’t to just be there to support the team.” Robyn Searle said,”This is only my second time out with the Proteas and I am very excited. I can’t wait to go out to the West Indies and just enjoy it. I am looking forward to playing and showing off what we’ve got.”

One of the best talents young cricketing talents South Africa has is Laura Wolvaardt who can’t wait to play in her maiden T20 World Cup. She says,”Obviously as a team, we are looking to win the tournament and and play our best cricket to get there. Personally, I would like to show off my T20 game and help where I can to get the team over the line.”

“I am very excited to go to the World Cup and it’s a great lifetime achievement award. I am sure everyone would be grateful to get the opportunity I am getting,” said Zintle Mali.

Star batter, Chloe Bush Tyron said the tour in the West Indies has prepared them for the conditions, and showed a lot of the character of the players. “I am looking forward to the tournament and bringing the trophy home. I just want to be able to bring the trophy home and make my first T20 50. If the team does well, individuals will stand out.”

All of the players The Daily Vox spoke said they were so grateful for the support from fans and CSA – and promised to make their supporters proud. That support isn’t misplaced – the team has put in the work and produced the results. We can only hope fortune smiles down on the team and helps them to play their best in the Caribbean and bring back a trophy for themselves and their fans. They truly deserve it!