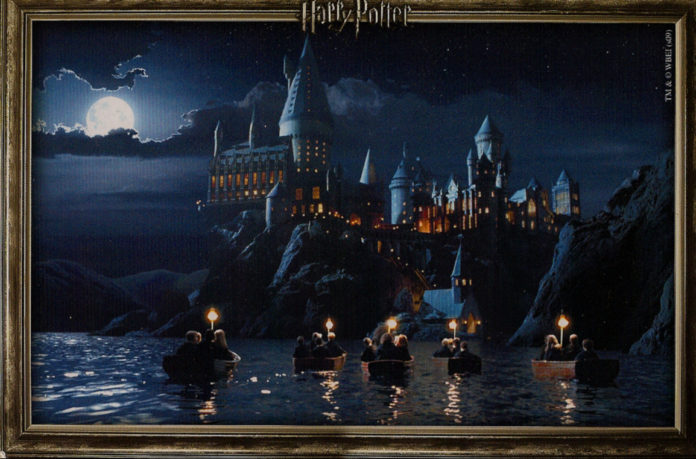 Ask any 90s kid and they are likely to say that the Harry Potter books were a big part of their lives. Being a Harry Potter is an all-encompassing pastime from devouring the books to being fully immersed in the magical world. June 26 marks the anniversary of the release of the very first book: Harry Potter and the Philosopher’s Stone. It released in 1997 – 22 years ago. To mark the day FATIMA MOOSA reflects on being a fan in 2019.

I was only two-years-old when the first book in the Harry Potter series was released. Harry Potter is the story of Harry, a boy who is orphaned at one-year-old. He then finds out that he is a wizard, and his parents were killed by the evilest wizard in the world. Together with his best friends Hermione and Ron, he battles against the evil forces while trying to be an ordinary schoolboy at a magical school.

So I obviously didn’t read the books when they first came out. I was first introduced to the books in primary school and quickly became a huge fan. It would be impossible to pinpoint what exactly it was that first drew me in. But I know exactly what made me stay. The book series was magical (forgive the pun). But they were especially amazing for me as a quiet nerd who loved reading and studying.

In another column, my colleague and I wrote about how the character of Hermione Granger inspired us. It was Harry Potter that gifted us with this brilliant character. Hermione was brave, intelligent, kickass and never took any nonsense from anyone including Harry or Ron. She was amazing. Without Harry Potter, we would have not had Hermione.

And we wouldn’t have had Harry Potter without J.K Rowling, the author of the book series. In 1990, Rowling got the idea for the books while stuck on a four-hour-delayed train trip from Manchester to London. She finished the first book in 1995. During that time she lost her mother, was diagnosed with clinical depression, and separated from her husband. The first book was rejected by 12 publishers before getting picked up by Bloomsbury. It’s amazing how the books became a worldwide phenomenon looking at its humble beginnings.

While Rowling is justifiably credited with creating a book that is loved and read by millions around the world, of late she can be credited for giving the books a bit of a bad name. At one point after all the books were published, Rowling said she would not be writing any more books.

She ended up co-writing a play titled the Harry Potter and the Cursed Child. The play is centered around the children of the characters from the book series. It reads like a fanfiction imagining different endings for the main characters. Rowling has also taken to social media in recent times to give little tidbits of information to fans.

These have ranged from the fact that she actually wanted Hermione to end up with Harry and the headmaster Albus Dumbledore being gay. These little bits of information have actually grown into meme culture. Most people are not happy with what seems like Rowling trying to make her books more “woke”.

That’s where the problem comes in. In her attempts to make the books fit in with the highly politicised and more politically correct world of 2019, Rowling comes off an insincere. It’s not acceptable that the Harry Potter books are so white and heteronormative and there is a minimal representation of minorities. Yet most fans understand that Rowling wrote the first book in 1997. The final book was published in 2007.

It was because of this that I’ve come to have a love-hate relationship with the books. I still love the series and all that it means. Rowling, on the other hand, I’m definitely not a fan of. I’ve written about how problematic Rowling is outside of her books. I’m not sure how to balance being a fan of a book series which has a very problematic author. Is there a way to separate Rowling and her ideas from the books? That’s an ongoing conundrum I am trying to solve.

The books and the world they represent are heavily linked to Rowling and her politics. Her politics have clearly been evolving in the past few years (for better or worse is left up to debate). Personally, I am just not sure how to reconcile what I love most about the books with Rowling’s politics.